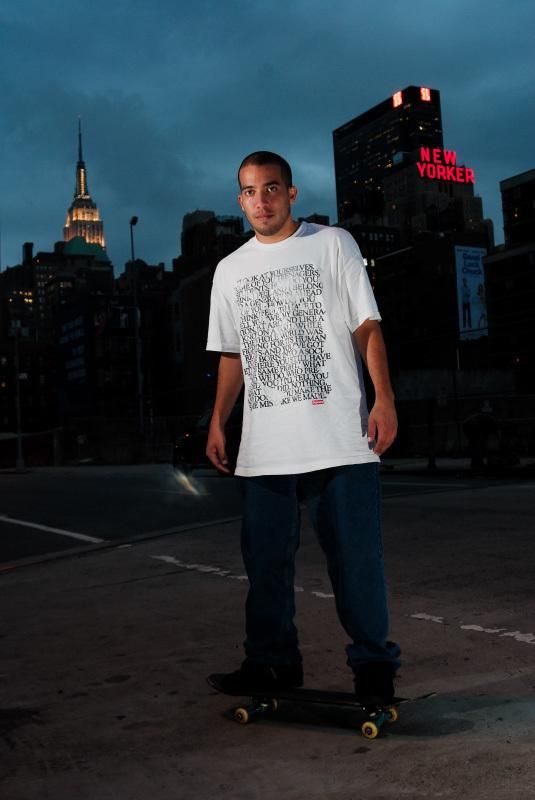 Skating from age 11, pro skateboarder Rodney Torres has made a name for himself in NYC with his skate steez and personal charisma. I had the chance to talk with Rodney, as he told me about his background, about skating the streets of NYC, and his friendship with legendary Zoo York skateboarder Harold Hunter.

Roya: Who do you skate for?

Rodney: I don’t have a board sponsor right now. That last board sponsor I had was Official Skateboards; right now I’m a free agent, as far as that’s concerned. But I do have other sponsors, and those consist of Autobahn Wheels, Venture Trucks, Rival Skateshop, Rockstar Bearings, and DVS shoes.

Hannah: Tell us about that spot.

Rodney: It’s in Flushing Queens (where the world’s fair was held in 1965). There’s a lot of history there, but it’s also one of the best spots in New York City. It’s this big public park that’s open to everyone. The U.S. Open is held there annually and it's also the home of the New York Mets. I grew up skating there, and whenever I have the chance, I’m there skating. It’s probably the most fun spot. Skateboarding all over the city, in all the five boroughs is a lot of fun too. You can just get lost, and you'll find something to skate.

Hannah: Would you rather skate street than park?

Rodney: No, I still like parks…anything, as long as I’m having fun.

Roya: Do you prefer East or West Coast?

Hannah: Have you ever skated in Europe or other parts of the world?

Rodney: I rode for a shoe company a while back called Osiris, and I got to go on a little Euro-trip for a couple weeks. I got to go to Germany, Amsterdam, Finland, and Sweden; there are a lot of beautiful people out there.

Roya: What was your favorite spot out of all those places?

Rodney: It’d have to be Amsterdam. I had a lot of fun out there. Red light district was tight! 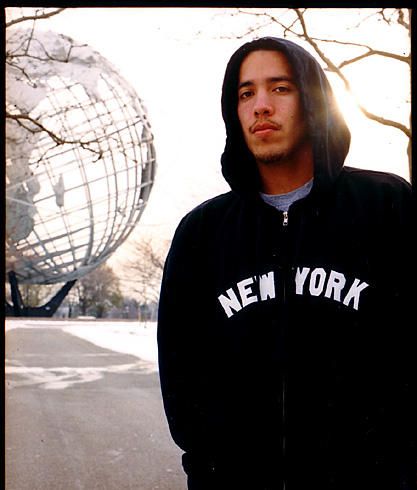 Hannah: In Amsterdam, the general population bikes most places, were there a lot of skateboards out on the streets?

Rodney: Not to my knowledge. We were too busy skating and partying. Because basically it was our job to do demos inside of skate parks. And then after that we’d just party at night. That sums up my experience there: demos in skate parks during the day, partying at night. It was definitely a lot of fun.

Roya: Sum up a skater’s lifestyle.

Rodney: Skate, party, travel, promote yourself and your sponsors by getting filmed for the videos and getting photos taken for the magazines. The companies help promote you as much as they can through advertising, and everybody just kind of makes a living out of that. It’s fun and has it's perks.

Roya: Can you live off it?

Rodney: yeah, for a little while.

Roya: I know you’re sponsored by Rock Star Barings, Harold Hunter’s company. How did his passing affect you?

Rodney: Harold’s passing definitely affected everybody out here in New York. He was definitely more than just another skateboarder, you know what I mean? He was everybody’s friend. Everybody loved him. He was family. It was hard to believe when he passed, and it was very hard for a lot of people to deal with. We have a lot of celebrations for Harold out here in New York. There’s actually one coming up tomorrow. It’s a basketball game in memory of Harold, and it’s sponsored by a lot of different companies. But we’re keeping Harold alive. Legends never die.

Roya: Did you get to go to his funeral?

Yeah, I did. I can’t even explain how tough it was when everybody first showed up there. But then it got a little lighter towards the end of the wake, because they played a video of Harold and it was hilarious. It made everyone laugh, and that’s what Harold was good at – making everyone laugh. So that cheered everyone up, but just knowing the situation made it really hard.

Roya: Did you go all three days?

Rodney: I went two out of three.

Roya: Was it the same service on each of the days?

Roya: Yea, he always influenced everyone he met in such a positive way.

Rodney: He was one of the first people that I met when I first started coming to the city from Queens. I was a kid; I think I was thirteen when I met him. He was definitely one of the best skaters that I’ve ever seen in person. He was always really cool. He made everyone feel welcomed. The memories I have are just good times skating and good times laughing. He was too much entertainment for even me to handle. My face would hurt from laughing so much with Harold. He let me into his home, and I got to meet his family. He basically took me in like a little brother when I was younger. He was the one that when other people hated on me when I was younger, he said to me, “Yo, just keep doing your thing.” He is the one that showed me that he believed in me. And that will always be appreciated, always. When everyone would always put you down for whatever reason, he would always be the one to pick you back up.

Rodney: People would hate on Harold, but the awesome thing was that he would just love them right back. He would kill them with kindness. He is the man. That’s all I got to say.