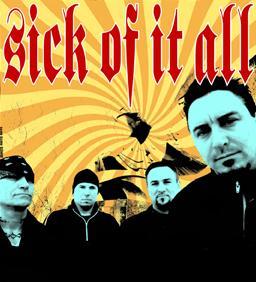 1. I don´t think that anyone who reads this isn´t knowing you but introduce yourselves please.

This is Armand, and I play the drum set.

2. 1986! Alleyway-Crew! Lower East Side-Crew! What do you associate with this words?

3. Describe the "Superbowls Of Hardcore" ?

They never really held such a special place in my heart. I looked at them as a big business venture by a scumbag businessman named Chris Williamson, who made a lot of money by taking advantage of naive hardcore bands who didn't know what they were worth. They were huge shows, but lacked the intimacy that CB's had.

4. From the first hours since today Lou and Pete and Armand are inherent parts of SICK OF IT ALL. How do you get together and how important is `your crew´ for you?

We've been friends since high school and that has a lot to do with the band's longevity. The Alleyway crew was a name given to us because we hung out in an alleyway in Flushing, Queens - the same one we're standing in on the cover of the Revalation 7". We always looked out for one another, but never started trouble. Our 'crew' was really just a group of friends - not a criminal organization.

5. Describe the musical development of the band and the importance of SICK OF IT ALL for the NYHC.

We were shaped by NY hardcore bands like Agnostic Front, the Cro-Mags and Murphys Law, as well as other bands like Negative Approach and Discharge.

We led the second generation of NYHC, along with Gorilla Biscuits, Youth of Today, Straight Ahead, Rest in Pieces, etc. We were a bit more well-adjusted than the generation that came before us, so we've been able to hold it together instead of self-destruct.

6. I´ve read a tourdiary in an old magazin about a tour with Sepultura, Sacred Reich and Napalm Death back in 1991. How was it for a hardcore band to tour with a metal lineup?

A lot of metal fans enjoy the stripped-down energy and aggression of hardcore, and the same was true back then. It was a huge tour for SOIA, and exposed the band to a brand new audience. A drummer named EK did that tour

- so I wasn't there, but Lou and Pete have maintained a friendship with Sepultura throughout the years.

7. What has changed when Craig came into the band and why did he changed ?

He was a regular in Agnostic Front.

Craig was involved with SOIA since day one. He was one of our friends, and he booked SOIA's first show. He helped write songs on the first album, and acted as a guitar tech in the studio. I was in Rest in Pieces and Straight Ahead with Craig as well. It was only natural for him to join SOIA when Roger had to serve some jail time.

8. How have you felt to play in front of thousands of people at the Dynamo or Roskilde Festivals in Europe?

It feels great to take hardcore to the masses. People from all walks of life get into it because it's so high-powered. Now if only we could convince them to buy the records... 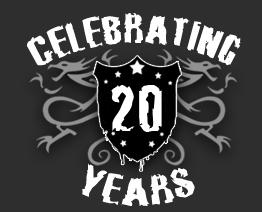 9. Twenty years without any longer time out! Cro-Mags, Agnostic Front or Biohazard f.e. has not be so strong for all over the time. So how does this thing roll on the whole time?

I think there are a few different factors. One is that we were all friends before we decided to play in bands with each other. Another is that no one in the band every fell pray to drug or alcohol abuse. Another is that we didn't allow our girlfriends to ruin the relationships we had with each other. Everyone feels lucky to be musicians, and no one wants to screw the band over.

10. What are the differences between the european and the american hardcore scene in your opinion?

The underground scene is much stronger in Europe. In the US, unless you have a big radio and video push, it's hard to reach people. People don't want to be force-fed in Europe, and don't mind going the extra mile to research something that isn't mainstream. Europeans also have a strong sense of history, which means that they don't turn their backs on the scene as quickly as Americans do.

11. The funniest story which has happened in the last twenty years...

We had these roadies that used to do a naked leap frog show while we played, and they would light their pubic hair on fire and stuff, but when we toured with V.O.D. in 1997, the V.O.D. roadies went head to head with them and they started trying to top each other's act. The climax was during our show in Koln, when the V.O.D. guys came out with masks on, running around naked, then one guy laid down and the other guy took a shit on his chest!! Our roadies knew at the moment that they could never top them. V.O.D. won - hands down, and I could barely play drums at that point.

I'd like to thank god, for giving me the skills to pay the bills, and my baby momma who is also my wifey. But seriously... thanks to all the fans who have made the band possible!