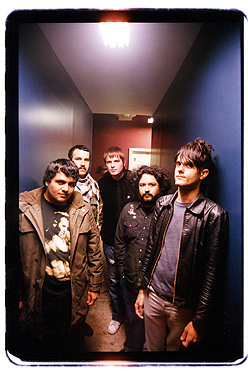 The first time I heard of SOME GIRLS, people talked about the former bands of the different members like GIVE UP THE GHOST or THE LOCUST. Several years later, today, publicity is still made with the names of those bands. Does this somehow bother you?

Only when it keeps coming up in interviews.

What does SOME GIRLS stand for musically and in general?

For not sitting down.

SOME GIRLS seems to dislike compromises and like to provoke people. Starting with your artwork with a pregnant nun to the music you play. Why did you choose it the way it is?

It is just a means of expression, the same as the chords we play ,the progressions we choose, the tones we use. Its just a way to get the point across. If we hear something that is missing or a tone that sounds good we use it. Whos to say what has to be in a record for it to be punk or what cant be in a record for it to be punk. Thats all bullshit. If a Christian band wants to put out a record with two neon green elephants fucking each other on it and a big banner that says elephant dicks dont care about rock a billy they should be able to, whats important is their message right?. Its all just rock and roll anyway.

What can we expect from "Heaven´s Pregnant Teens"? Whats new?

A big population boom. Jesus will have a lot of diapers to change.

You often talk bad about todays punk/hc scene. What exactly do you dislike? 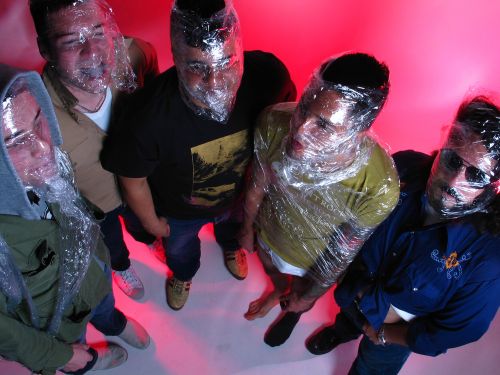 Honestly I could give two flying fucks about the punk/hardcore scene. Dont get me wrong I dig the kids and the bands and the shows but the scene is just that a scene. Its not sincere, it
just for show, maybe the kids who are there do care, but the ones who claim allegiance to any kind of scene are usually the ones who will be gone by the next year.

I also read that you dont care about other peoples opinions. Do you read reviews of your music or fanzines in general?

I do because one day Im hoping to run across one that makes sense. I can never tell if those are good or bad, if the reviewer likes us or doesnt. Most of the time I cant even tell if hes actually listened to the record.

What drives you to make the music you do?

What do you want to achieve by making music?

To make records that I enjoy listening to.

There have been some line-up changes again for SOME GIRLS. What happened?

To make a long story short, Robert got an opportunity to study under Hans Von Bragsturendskin world renown loin tamer. Although he is a great friend and I miss playing with him, I would never ask him to turn down an opportunity like this. But everything is
working out great, now we got a cute top( Nathan) on guitar.

What are you guys doing besides music? 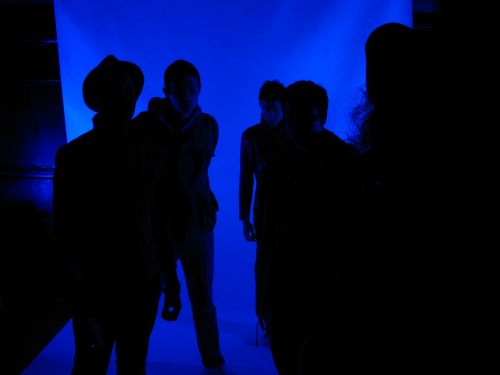 Justin is busy with Locust stuff and hes also been taking a few courses at the school of the streets, Wes is been entering amateur surfing contests and will hopefully turn pro next summer, Chuck has Plot stuff, Nathan has been in design school (thats how he got his nick name) for a couple years and is about to graduate. And I have been getting involved in the Monster Truck circuit.

What do you think about file sharing and the entire problem of illegal downloading?

I think if you want to download it for your ipod and then go buy the record its cool, but if you just want to take that record for free, then it sucks. I know a lot of amazing bands who
should be making mind blowing music right now but because labels are loosing sales and bands arent getting paid what they should people have to work shit jobs instead of create.

Whats on the SOME GIRLS schedule for 2006? Any particular plans?

Tour the US in Jan-Feb, tour Europe March-April, tour Japan/Aus/New Zealand in June, and tour the US again in July.