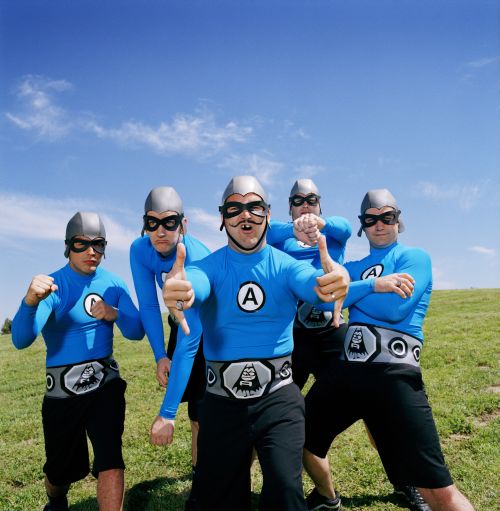 To start with, please give us a short introduction to THE AQUABATS.

Well, that is hard to do in a few short words but basically we are your average ordinary superhuman-punishers of evil-rock nroll band. We play music and wrestle robots and monsters for the good of mankind. At the end of

1999 your record company closed and you lost your record deal. It took you another six years to come up wit a new record, Charge!!. Why did it take you so long and what did you do all this time?

We ate a lot of donuts and strudel. We gained weight and then went into training as undercover narcotics officers. When that didnt work out we got jobs as truant officers and busted kids for being late to school. Then we became fondue chefs for the canadian forrest service. None of it worked out, so we went back to being the Aquabats.

Some Years ago THE AQUABATS had about 14 members. Now youre down to five. What happened to the rest?

None of them took the Aquabats serious enough to stay in the band. They found it too silly and not as rewarding as working 14 hour days in front of computer monitors. 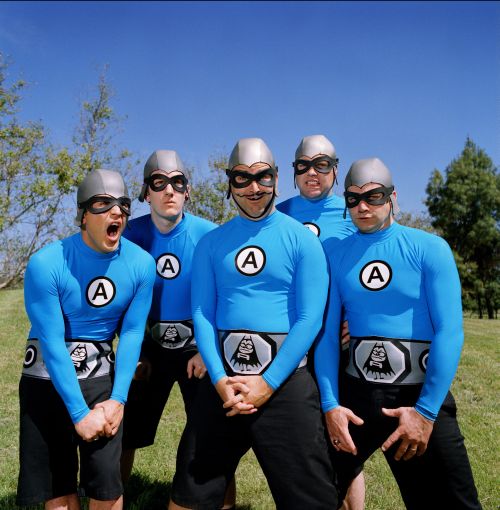 You traded a lot of ska influences for some fancy 80ies synthies. Do you consider it a good deal?

Yeah, we got a really good deal on fancy 80s styles. Seriously though we havent changed that much since 1999. If you listen to The Aquabats Vs. the flosting eye of death or Myths and Legends of the Aquabats we arent that much different. Just less horns.

And you guys are really super heroes? What are your super powers?

We dont really have Super powers just the bravery of men who can wear rubber hats for long periods of time and keep a straight face. It is harder than you think.

Who is making your outfits?

Travis Barker played the drums for quite some time for THE AQUABATS. What happened? Didnt he like the tight outfit? Will he come back?

Travis Barker is a famous star and we are happy to say he was once our friend. I dont think he liked the tight outfit because it covered up his tattoos but other than that he loves the Aquabats and I dont think he is coming back.

Tell us about the epic war in ?Tiger Rider vs. The Time Sprinkler?. Is it always the war between good and evil? 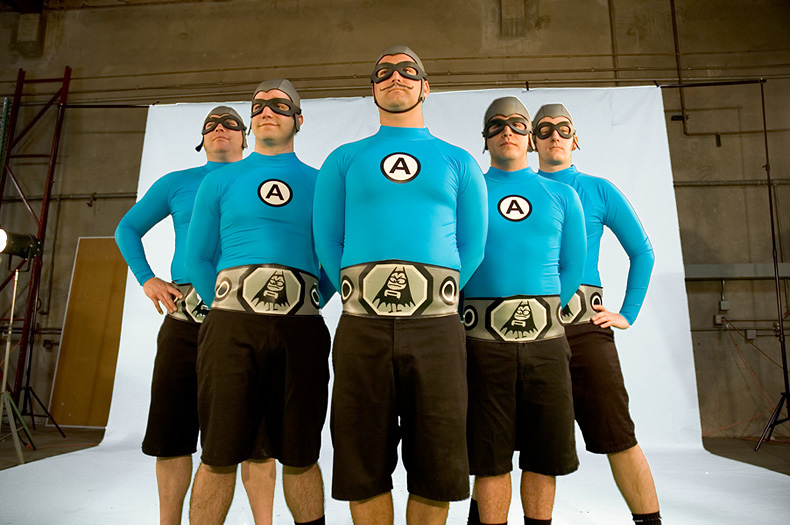 Yes...kind of. See the Tiger rider is human but he hates what humans have done to the earth so he lives with the Tiger Lords in a cave deep in the mountains. The TIme Sprinkler is just another evil human who has used the earth and his cunning to try to control the world for his own evil-ness. the Tiger Rider must stop the Time Sprinkler to not necessarily save humankind but all just and good living creatures.

Whats so evil about those fashion zombies?

What about your secret identities? What are you doing if not in your super hero costumes?

Well we all have jobs and families to cover us as our secret identities. Like I work at a blood bank. Crash is a professional Foos Ball player. Jimmy the robot is a Text message operator.......uh...woops.. I guess they arent a secret any more.

Who is your favourite comic hero and why? 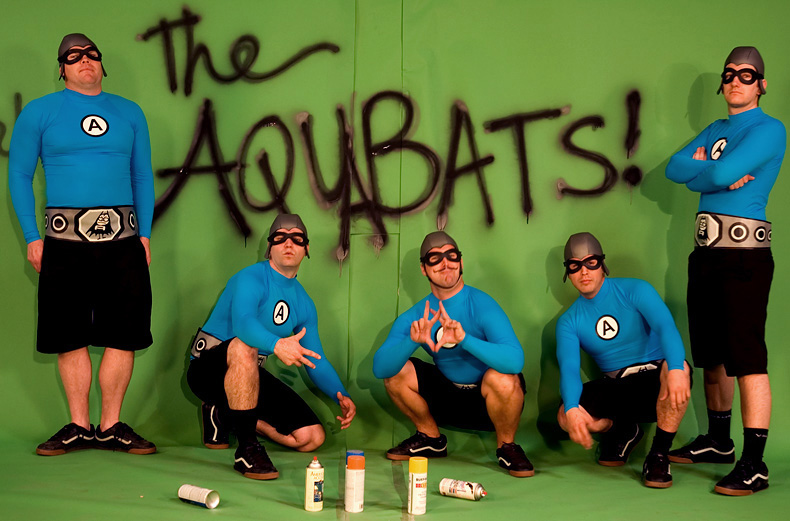 I like Ghost Rider because he is an undead flaming skull biker dude hell-bent on revenge. He just goes around avenging wrongs and dispatching bad people like trash. I like Spiderman because he is really a nerd....just like me. NERDS!!! I like Lone Wolf and CUB. He is a samurai who is just out to avenge the death of his wife and he has his kid with him and everyone tries to kill them but they cant cuz he is uber-macho sword killer!! YES!!!

Where will THE AQUABATS be in 5 years?

When are you coming to Germany?

Actually, we would like to defer to chancellor Shroeder: The Aquabats may be the most under-rated band of all time, they may even be the best band in the world! - Gerhard Shroeder