1. Give me a short introduction into THIS ENDING? Who is currently playing in your band?

Short huh? Well we used to be A Canorous Quintet, then we split up, then we got back together again and now we're This Ending. 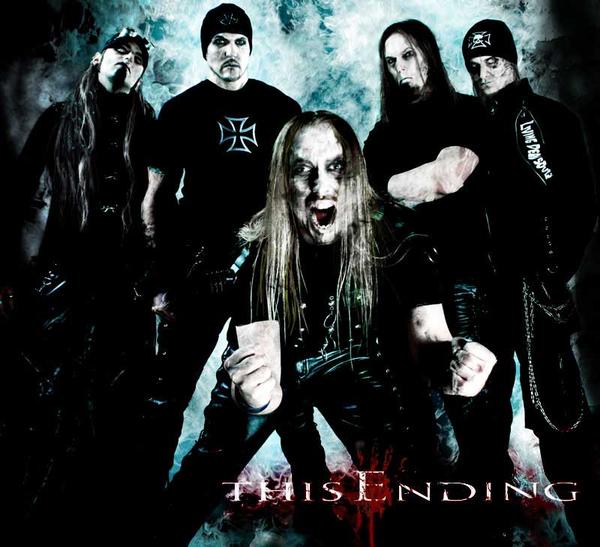 2. Some people know under the A CANOROUS QUINTET back in early nineties! So tell us what happened in the last years with all the band members?

Well after we split up all of us were doing all kinds of project bands and Fred started playing drums with Amon Amarth. After that shit was all done and sorted we decided it was time to get the band back together again. Only Fred still plays in another band as well as This Ending, although Mårten does lend his vocals to Votur at times.

3. Have your influences changed throughout the years?

Well there's more of them now, I can tell you that. I think our musical tastes are a lot broader now days, we take in a lot more. At the same time, having been in the business for a long time now, we are not as influenced by other bands any more. We sort of have our own sound and our own source of inspiration.

4. How do you feel bout your record Inside The Machine

Very good. We put in a lot of hard work and it shows. It's been a fantastic success so far.

5. You deal with many dark themes in your lyrics! So where do you get your inspirations for you lyrics?

Personal experiences and ideas, the darker side of human nature and the behaviour of mankind as a race. When you live life with your eyes open you tend to end up asking the impossible questions and seeing what others try to ignore.

6. How did you get signed to Metal Blade Records?

We had a great demo. Simple as that. We sent it to Metal Blade, and only Metal Blade because we knew it was a great label from what Fred had been talking about. So as a show of respect to that end we wanted them to have the first chance of signing us. Metal Blade are fantastic people and I think we're lucky to be signed to such a great label that believes in us.

7. How did This Ending become more than a project? Who had the idea to record a Full-Length?

It was never intended to be a project, when the band got back together again we were all agreed that this was 100%, no bullshit.

8. When can we expect some shows or even a tour of THIS ENDING?

Well we're hoping to hit the road some time during 2007. We'll see what happens. Hopefully soon we can get out there. 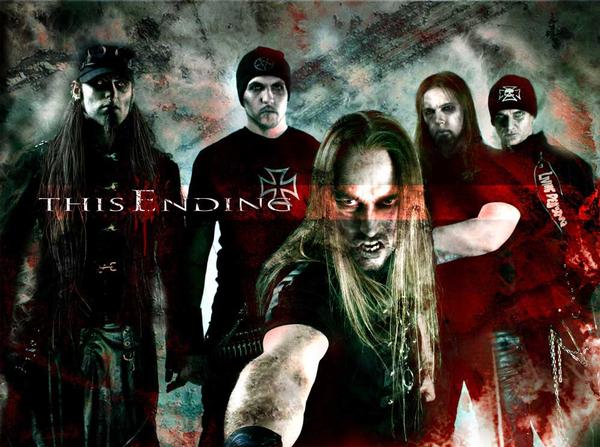 9. Why did you produced you record all alone?

Because we're all competent musicians and because Linus, the other guitarist and main producer of the band was also the guy in charge of the recording, as he's one of the owners of Offbeat studio where we recorded. I guess you could say we produced it because we knew what we were doing.

10. You Cover-Artwork looks really interesting, who has designed it?

I did (Leo). We worked with some different ideas that I had done and decided to go with this one in the end.

Get the album, you need it! Hope to see you on the road.