14.11.2006
Fiend Fest 06 started October 13th (of course its a Friday) and ran through November 5th; the lineup included the Misfits, with The Adicts, UK Subs, Juicehead, Orange and special guests, Osaka Popstar, featuring Marky Ramone. The crowd was all inclusive, with piercings, tattoos, Mohawks and effervescent colors abound. The age brackets ranged from 18-60. Let's not forget the fans in Halloween costumes which deserved top nod of affection. Overall the lineup was impressive, and the show non-stop; its easy to see why the tour sold out venues. 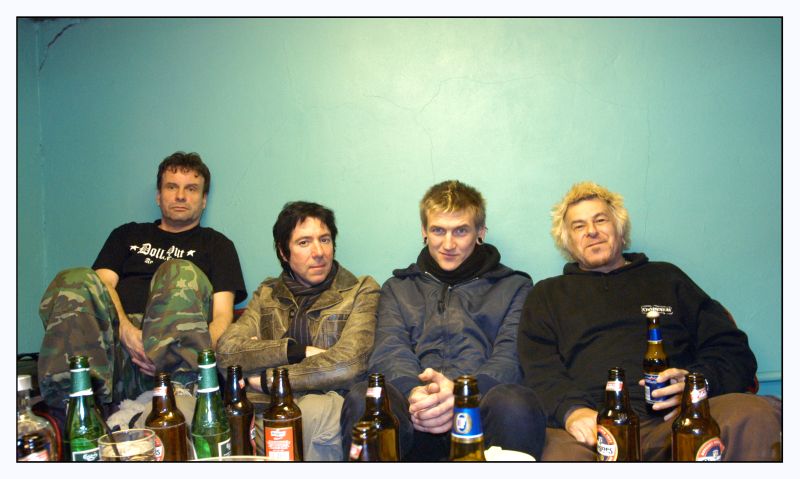 Where did you grow up? When/How did you start drumming?

Oliver: I grew up in a town in England called Nuneaton, it's a bit of a hole- there's not much to do there. But the people who are cool are really cool, the people who are assholes are serious assholes, there doesn't seem to be much middle ground. I started drumming at the turn of the millennium after seeing the video for Faith No More's single 'Epic' on TV. Mike Bordin had these big dreads and he was just nailing his drum kit. I was like, yeah thats what I wanna do. So it was coming up to Christmas and I did what any teenager who wants something off their parents does and washed the dishes and made some tea etc.and asked my parents if I could have a drum kit for Christmas. Their initial response was "No way!", but when Christmas morning came there was a drum kit in the living room. It was an old beat up Beverly kit, it was horrible because our family is poor, but I loved it. So I started getting really into learning the drums, I started a punk band with my two bestest buddies and got myself a part-time job after school, the pay sucked, but I got paid monthly so I would go straight out and buy some more drum gear. Eventually I had a half decent kit to play on, and it really just went on from there.

When did you get into punk rock music? 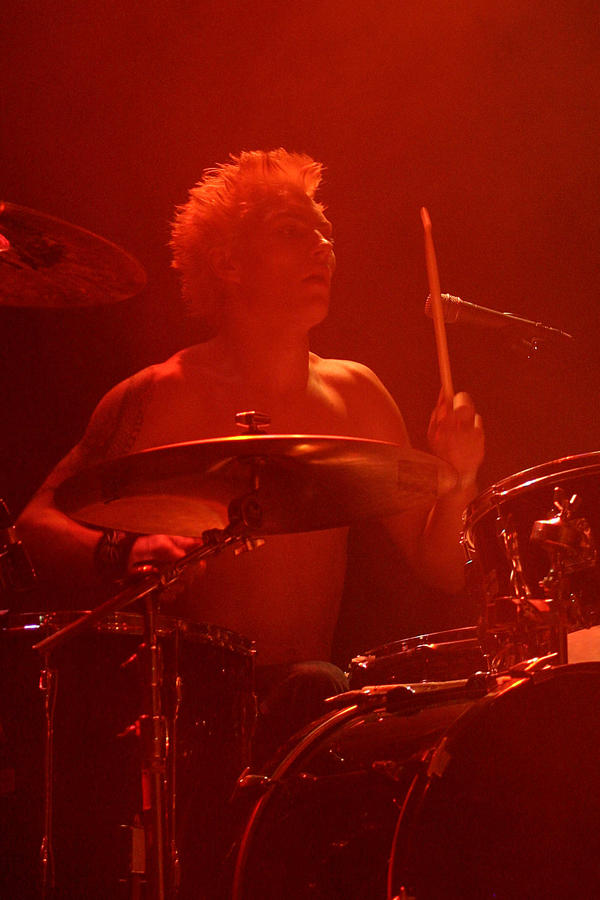 Oliver: Well as I said my first band was a punk band, but I only started listening to punk rock shortly before I began drumming. Through school I was obsessed with playing basketball and I used to listen to gangster rap and hip-hop a lot, it's painful to admit but I was a total prick. But then I was introduced to this whole world of other music and a totally different culture and it changed the way I live my life.

What are some of your musical influences?

Oliver: My musical influences are many and varied. I listen to punk, metal, jazz, funk, soul, prog rock, industrial, blah blah blah. You know I think it's important to be open minded with music. It's like my favorite food is chicken curry, but if I ate chicken curry for breakfast, lunch and dinner I'd get sick of it. For me it's the same with music. But if you're talking about individual drummers, my favorites are Dave McClain, Stewart Copeland, David Garibaldi, Mike Portnoy, and of course Danny Carey, that guy is a genius to me. There are tonnes more too.

How did you get to playing with the UK Subs?

Oliver: Ok from the downbeat. My first band who was called Malachai stared doing shows, we sucked but it was a lot of fun. I started playing with other bands at the same time and started to build a reputation for myself in the local areas. Malachai had a show up North in Liverpool and the vocalist for a band called Dragster came with us on our bus. She came to see me play with a view to poaching me for her band, and after that I started playing for Dragster. Shortly after this we got offered a mini tour supporting Sham 69, which we agreed to. UK Subs were on the bill also and they saw me play for Dragster and then asked me to play for them. So then I joined UK Subs.

What was this tour like for you, touring with the likes of Orange, The Addicts, and The Misfits on a Halloween show?

Oliver: Well I think with this tour we got the shitty end of the stick, we were really badly represented by our so called tour agent, we didn't get a single sound check on the whole tour, we barely made enough money to cover the costs of the tour, we couldn't afford to hire someone to drive which meant we had to drive ourselves, mostly through the night to get to the next show. You know it was just one thing after another after another. So it's been hard work. However, as far as the shows and everything went, we had a hell of a lot of fun, we met some truly great people, we got drunk and partied or at least I did, Charlie's getting a bit old now so he's gotta watch it, but he still gave it a go. All the bands on the tour were fantastic, you didn't mention Juicehead or Osaka PopStar by the way, tsk tsk... So after all the hassle it's all been worth it I think, I've just got to figure out how I'm going to pay my rent this month!

What's the best part of touring?

Oliver: The best part of touring for me is getting to play drums every night, I absolutely love it. But getting to travel and see things that you wouldn't normally be exposed to is cool too. The whole thing about touring is that there's a lot of pissing around, you get up and sit in a van all day, get lost trying to find the venue, once you get to the venue you usually set up for sound check, have something to eat (junk food usually), and then you have to wait around until you go on. Then once the shows over you have to break down all your gear and load up the van. Unfortunately we don't have the luxury of having crew members so we do everything ourselves, which is kinda cool in a way, but who wants to carry stuff if they don't have to right? To sum up touring I'd say it's just interesting. Oh yeah I won $100 playing pool that Marky Ramone put down, I don't know what made me think of that. But anyway, yeah being on tour all the time suits my way of living.

How was the Halloween show in NJ?

Oliver: Wow the show in NJ was mental! There are some really cool kids in New Jersey and the thing is you can tell they're in it for real, none of this emo plastic punk bullshit. Before the tour I was worried we were going to be playing to crowds of boys wearing make-up, sporting that stupid hairstyle they all seem to have where it looks like they've been slapped across the face. That scene is absolutely not my thing. But I was very pleasantly surprised.

How was it playing at the halfway house in Philly?

Oliver: I LOVE THAT PLACE!!! For me that show was probably the best of the whole tour. We played in a dirty dark basement room no bigger than my kitchen at home, it had drips of water from the ceiling and the kids just went off. I like playing in smaller venues, the energy translates better. the big shows we do are cool just for the wow factor, but you can't beat a small show in someone's basement.

It has been rumored you're going to drum for Rancid?

Oliver: No, basically I heard that Rancid needed a drummer so I told someone I was going to call Lars and put up the question, I've worked with Lars before on the Masons album, which will be coming out next year. But I haven't even spoken to him yet, Rancid are over touring the UK at the minute so when I get home I'll give him a call; but to answer the question, no.

Oliver: Well, I'm flying home from San Francisco tomorrow, and as soon as I get home I start rehearsals with Toy Town Cash who are a metal band I'm playing with right now, we have Myspace by the way. Then we do a show the day after supporting Skindred followed by more rehearsals and another show. Next week we start the UK Subs Christmas tour in the UK. Then we have a fortnight off before starting the European tour taking us through Germany, Denmark, Norway, Poland, Czech Republic, Austria, Slovenia, Switzerland, France, Spain and Italy. There's talk of me doing something with Misfits, which I'm not supposed to talk about. Then I want to look at moving to the United States. I love it here.

Tell me about your side project--your own band (Cheeky Monkeys or something like that?)...

Oliver: Thieving Little Monkeys. Well, as well as playing the drums I play guitar, bass guitar and to a certain extent piano. I can sing in a round-about way too. So I've written a whole bunch of songs which I want to take into the studio to record my own album, then I'd like to put a band together to start touring. It's going to be pretty heavy; I'm writing stuff which lies somewhere between Machine Head and Pennywise, but with other stuff thrown in there. But yeah it's called Thieving Little Monkeys.