Your Epitaph debut "The Search Party Never Came" hat this sticker on
saying "For Fans of UNDEROATH and NORMA JEAN". What sticker would you
put on your debut full length? 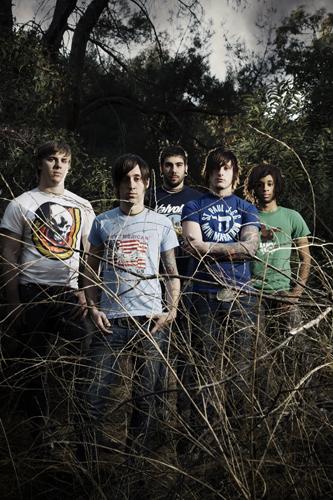 Chris: We actually chose to do away with that sticker and went for one that
says something like "produced by Matt Bayles (norma jean, mastodon,
botch)". We feel like having Matt's name on there says a lot more about the album itself and what it sounds like.

"Curses" presents VANNA as a totally new band and not only vocal wise. Heavier, more Metalcore and a lot of moshparts. Is this the real VANNA

We basically took what we liked from the EP and those old songs and just went full speed ahead into what we wanted to sound like. If we wanted five breakdowns in a song, we put them there. If we wanted a melodic bridge, we put it there. Lots of bands tend to debut with a heavy release and then reel back into the poppier stuff for whatever reason. We did the opposite.

What topics do you deal with?

The lyrics revolve around personal stories, influences from movies and books, and ideas and beliefs we share.

You joined VANNA right before your Epitaph debut. Due to legal reasons (as I read) you couldn't do the vocals and Nick and Evan did. Could you explain this further?

I actually joined right after the EP was finished being recorded. We've heard rumors about "legal reasons" before but the truth is I just wasn't in the band during the recording process. I went and hung out in the studio a few times and I was friends with the guys for a long time before I joined, but I wasn't officially in the band until about a month after they left the studio.


How did you get in contact with Epitaph in the first place? Did other
labels approach you as well? 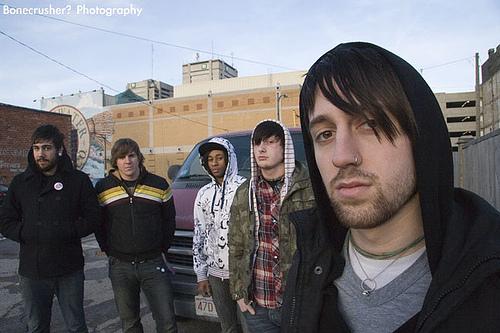 Epitaph contacted us after Vanna was put on the front page of Purevolume.com for a week. We got something like 25,000 plays total and towards the end of the week we got a call from Brett saying he wanted to send someone out to see us play. At that point, Vanna had only been a band for a few months and hadn't even considered the idea of signing or shopping any material to labels. It was just a right place at the right time sort of deal.

Being from Boston, known for its Hardcore scene, which bands did
influence you?

As far as New England area hardcore bands, we're big fans of On Broken Wings, The Acacia Strain and Converge.

You worked with producer Matt Bayles (Mastodon, Norma Jean, The Fall of Troy, Pearl Jam). What impact did he have on the production?

Matt was an awesome producer to work with. He came out to Connecticut
during preproduction and helped us polish the songs a little bit,
suggesting note changes and harmonies and small stuff like that. Then
when we got out to Seattle and jumped into recording, he owned it. He's a perfectionist and wasn't afraid to make us play something a thousand times in order to get one good take. And he just has an ear for whats going to sound right and whats tasteful, so we trusted him a lot and it really paid off.

As you cite NORMA JEAN as one of your major influences, do you also have strong Christian believes?

A few of us are Christian but we don't consider ourselves to be a
Christian band. Its not something we want at the forefront, speaking for us, and allowing people to judge us before they even hear our music. We love bands like Norma Jean, The Chariot, and Underoath, but them being Christian doesn't have much to do with it. It just about the music.

Your new record leaked in February. How does this make you feel and what do you think in general about filesharing?

We were frustrated at first, and pretty blown away that it leaked so
early. But we know how it leaked, and there's really nothing we could
have done to prevent it. Filesharing is just a reality that we have to deal with now. We were actually flattered that people wanted the record enough for it to be leaked that early, and to get so many downloads. Its like free hype. We just hope a lot of those people plan on buying the record as well.

Germany has a huge Metalcore Scene. Do you know any band from here?

I like Caliban a lot. They're pretty metal, but they do it well. I'm not familiar with many other German metalcore bands, but hopefully we'll play with some when we make it out to Europe.

Let's talk shortly about MySpace. You have more than 22.000 friends, in your top list I found bands like THEREFORE I AM or FRESH TA DEATH! From Boston or FRANCINE. AND HER RUBY SLIPPERS. I think they are all pretty unknown in Europe so what can you tell us about them?

Those bands are all really good friends of ours. New England has a
really diverse music scene, so we share lineups and fans with tons of
bands that all sound completely different. I would suggest checking out every band in our top friends. You won't be let down, I promise!

What are your plans for the rest of 2007? Do you plan to visit Germany?

We have another summer tour lined up called The War Wagon Tour, which
will cover most of the US. We've also been talking about the idea of a UK tour in the fall which could hopefully turn into a full European
tour. We would absolutely love to come to Germany. We hear the fans out there are awesome and we can't wait to meet them.

Thank you very much for your time, the final comment is yours?