Hello WHEEL. My name is Clement and I write for the German e-zine "Allschools.de" Who do I have the pleasure with?

Hi Clement, this is Santeri here, the drummer of Wheel.

First of all, I would like to thank you for the new album, which picked me up at a personally difficult time and has accompanied me ever since.

Thank you, that is very nice to hear. Achieving to bring a listener support in their harder times or to boost their good times to be even better is the best result that we can hope for!

Inherently, I feel a melancholy that was unprecedented on the debut, which runs like a red thread through the songs.

I think I get what you mean. It’s not like Moving Backwards is a happy album but maybe it’s a bit more straightforward and stable. The music on the new album is more dynamic to start with, which creates a space for a wider range of emotions. We didn’t really try to make any more melancholic album than the previous one but I guess certain moods are highlighted differently in this environment. Personally, my favourite albums, the ones that really stand the test of time, have always been the kind that you find different aspects from, depending on your own state of mind.

You have once again managed to write homogeneous songs despite all the playfulness and thus don't leave the listener standing in the thicket of the inexplicable. Where the songs on "Resident Human" are more understandable than on your debut, right?

I think that on the one hand, the new stuff could be easier to approach, partly because many people who will hear it, have already heard our earlier music and have something to compare it to. And on the other hand, despite the fact that the new material is more complex and multi-dimensional, I think the ideas and moods on this album are also more clearly expressed, which is related to the natural development of our band and the fact that we have learned a lot about each other and about what kind of music we want to make, since the debut. But in all honesty, this is pretty hard to evaluate being through the whole process…. basically we can only hope that these songs will open up to the listeners.

Just the title of your new album in connection with the cover artwork suggests a concept album, right?

The album title came first, in the middle of the period when James was writing the lyrics for the album. It slowly started to define the whole thing and we wanted the artwork to match it. Adding to this, the pandemic, an era when all people around the world need to re-check their routines and life values, the theme around the existence of humans grew stronger. So we did not start the process with a concept in mind, but it developed itself in a very natural way.

The tracklist is dominated by three long songs. In between there are shorter, crisp tracks. Was that conceived as a stylistic device?

We like to let musical ideas develop naturally and not bind them into a specific category too early. Some elements are better for longer songs and some for shorter ones. And usually when we have a core for a song ready, some piece of structure in place, that’s when we will get the first hint of if it will be good for a shorter development or a more complex one. Shorter tracks bring a better rhythm to the whole, compared to if we would only have the long ones. And it’s good for live situations as well, for the same reasoning, pacing it to keep the suspension level right. 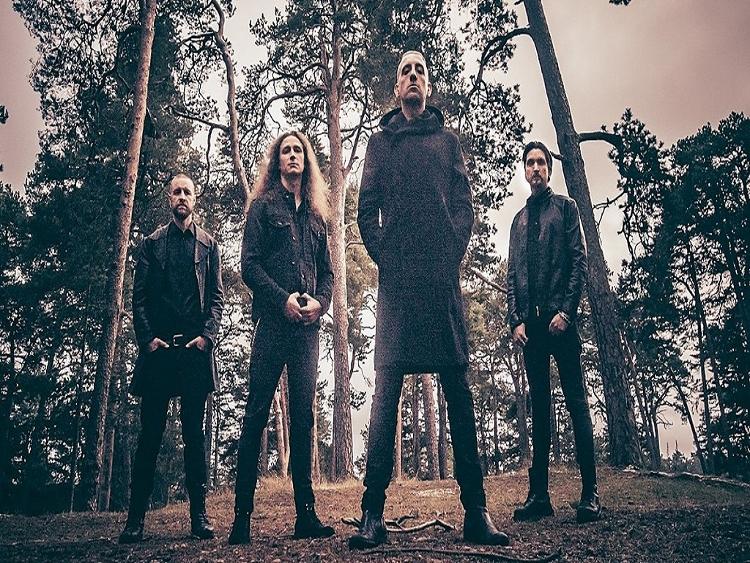 My favorite track is the opener "Dissipating", which discharges after 9 minutes and doesn't get out of hand, but continues to shine with contenance. All in all, this album seems to have been steered musically into controlled paths. Were you afraid of losing yourself completely otherwise?

It’s basically all about balance. Super organized versus complete chaos, calm versus aggressive, complexity versus simplicity and so on. Of course we have to keep some sort of control and steer the listener through the experience but we have to leave room for imagination too. Every listener should feel it their own way. The music should raise questions rather than give straight answers. Going to either extreme wouldn’t probably work so well, for example, if you imagine the most extreme way to express anger, an artist basically just screaming his or her head off…. it would be a strong statement but likely not very interesting after two minutes. Like life in general, there are many sides to it and balancing all the different aspects is key and that’s how it works for music as well.

What do you think of the eternal TOOL comparisons? In my opinion, you have been able to swim clearly free due to the sonic structures, the take backs and the comprehensibility.

This is something that we don’t really think about too much. Anyone is free to compare us to any band or artist they like. We are making music that we find interesting and admittedly there are similar elements to Tool, we have grungy guitars, we’re somewhere between rock and metal, long structures etc. I think Tool comes out so often as the obvious comparison mostly because there are not many bands doing this sort of music. I also think we are on a journey with Wheel and we are developing our sound, our own voice as we go. All four of us have many many different influences and the further we go, the better we learn how to mix all the elements and hopefully end up creating something unique.

You have both english and finnish members. how do you manage band rehearsals or how did you write the album and bring the individual elements together?

Yeah, James is from the UK originally but he has been living in Finland for over 10 years now so we all live in the Helsinki area. Nevertheless, due to the pandemic, we had to work remotely more than usual. James made the basic demos in his home studio and I worked on the drum parts on my own in our rehearsal room. We worked together in the same room basically just during the drum and bass recordings and after that mostly remotely again. It wasn’t exactly the way we wanted to work but taking the circumstances into account, the album turned out pretty damn good anyway.

Which bands / albums should our readers check out?

I would definitely recommend a Danish band called VOLA, they are releasing a new album in a couple of months as well. And even though many German readers might already be familiar with them, my other pick would be The Intersphere, their latest album “The Grand Delusion” is awesome.

The last words are due to you:

Stay healthy everyone, please support the artists you dig and see you on the gigs when it becomes possible to tour again! Keep it Wheel!