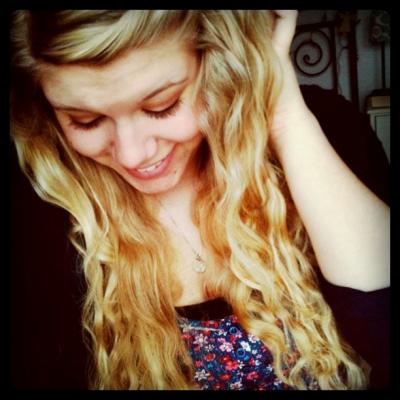 Allschools: How’s the tour so far?
Really good. We’re only 3 or 4 days into it, but it’s been really great so far. It’s nice to play some larger stages again after our smaller Headline-run we did for two months. It’s good to be out on the road with these boys.

Allschools: So you have your new album with you this time, "Bones", how would you say it’s different from your last one, "All Our Kings Are Dead"?
We didn’t set out to write anything kind of heavier or more melodic or anything like that. It was more just trying to write a better bunch of songs and kind of evolve ourselves a little as a band. Our first record we were very happy with, but we’ve always felt we could improve upon it. So that was really the only goal; to try to do something a little bigger and better and maybe write a record that people who thought they knew who we were as a band would be a little surprised by.

Allschools: And you recorded part of your new record in Thailand, did you find it more difficult to concentrate there because of the vacation feeling or was it easier because you were more relaxed?
No, it was fine. If anything it was easier to concentrate because when we recorded previously in London there were a lot of distractions and a lot of extra money getting spent. But in Thailand we just lived in the studio for 6 weeks. We woke, we slept, we ate, we did everything in that one compound. So really all the time your mind was focused on the job at hand. Although it was nice to do that in the sunshine, we were still very much focused on what we had to do.

Allschools: What’s your favourite song on Bones?
Probably the first or the last. Which are “I was born, I have lived, I will surely die” and “Broadfields”.

Allschools: There are interludes on this album, which is something you’ve never done before, what was the idea behind it?
We wanted to play around a little bit with atmospherics since we’ve never used them in that way before, even though atmospherics have always been a big part of our sound before. With the nature of the record being quite concise and direct, we thought that it was important that were was one or two points on the record where the listener can kind of relax. So “The Hymn Of All I’ve Lost” is the first interlude and the second one is actually called “Interlude”.

Allschools: How has life on the road changed since you started touring three or four years ago?
Well we’re busier. And fundamentally I think we’ve gotten better. Obviously we’ve seen crowd sizes progress and we’ve been to more new places further away from home and all those kind of things. So I think we just kind of learned how to deal with life as a band on the road. At first it was a bit like, “This is cool, but what are we doing?” and now we’ve kind of settled into it.

Allschools: You have a bigger crew now too, is that important for you?
Yeah, it helps you to be a better band. The crew is just as important as the band itself really. They facilitate us and help us be able to play better, to have it be a more comfortable experience, and to be more professional. The crew is always invaluable. And if you don’t have people around you that you get along with and that you care about, it’s not going to work.

Allschools: You’re touring in Australia soon for the first time?
Well, we’ve played festivals there before, but this time it’s a small Headline tour, so we’re really excited about that. It feels good to be doing things we’ve never done before.

Allschools: You very busy all the time, when you’re not recording, you’re touring, and so on – do you think you’ll ever take a longer break?
No, I don’t think so. I think a break comes when you’re in a place where you can afford to take a break and we’re not at that stage where we could go away for half a year. Plus we don’t want to.

Allschools: If you weren’t a rockstar, what would you be doing?
It’s really hard to answer that. The boring answer would be, I’d be doing what I was doing before, which is trying to be in a band. But that’s something we don’t like thinking about because it’s scary. So we prefer to just think about life day to day.

Allschools: Do you already have any plans for your next album?
We’ve started talking about little things like the direction we want to go in and things like that, but it is early days yet. We probably won’t be recording it until some point next summer. It kind of depends on how long we can last the Bones campaign last for and how well people like it.

Allschools: A final message for your fans?
Thank you for supporting us! Germany, and Europe in general, is really somewhere we want to work hard and it’s also so encouraging and it feels great to come somewhere so far away from home and to meet people that like our band. So: Thank you!