Stoked to have you back in Europe. How are you preparing for the (festival) dates over here?

It’s always great to go back to Europe.  I suppose the main prep that I’m doing is trying to just be a cognizant, good citizen of the world, as I’m sure I will be asked a lot of pointed questions about the current state of the USA…that is understandable.  I don’t think I’m talking out of school when I say we’re all pretty disappointed in how things have been developing over here.  As far as band prep, we don’t really have that luxury.  We all live thousands of miles from each other now, so we’ll just have to listen to the records and rely on memory and the fact that we’ve been doing this together for a long ass time.


Certainly quite some songs of your latest compilation "We Are The Champions Of The World" will find their way onto the set list each night - but can we expect to hear new material as well?

Nah.  There’s not any new material to play.  I’ve been working on an album with my other band, the Wandering Birds, so that’s where my songwriting efforts have been focused the past year or two, but that’s being mixed now so it’s kinda time to dust off the TLA machine and crank it back up.  We WILL have new material, just not for this tour.

What does it take for you to play a good TLA show? How does playing a TLA show feel different from playing a solo BRENDAN KELLY show?

Well, we’ve been doing this for a long time, and if we’re all aligned mentally, we’re going to have a good show.  We all rely on a bit of stage telepathy at this point and that’s usually what carries us through, I think.  Solo shows are fun, because I can do whatever I want and I sink or swim based on my own whimsy or whatever, but there’s nothing like being with those two guys and really falling into the rhythm…it’s a pretty magical thing.


The line up (especially) for the Punk Rock Holiday festival is packed with some A+ punk rock artists. What are your expectations when it comes to that unique festival in Slovenia?

I’ve heard from everyone-people in gigantic punk bands and people in tiny bands, that the Punk Rock Holiday is one of the best festivals in the world.  I’m very excited to check it out.  If it can make everyone there, regardless of popularity, feel lucky to be there, then they’re doing something right. 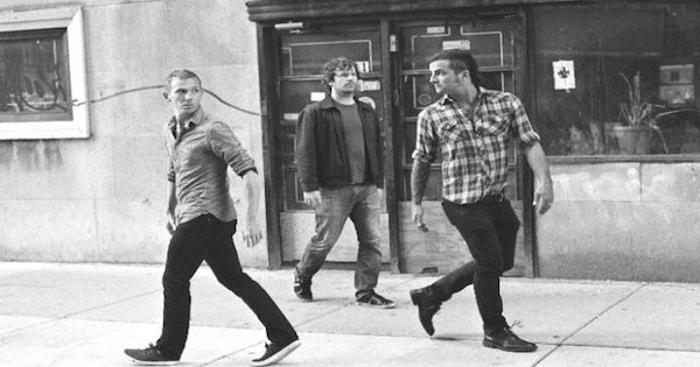 When talking about "We Are The Champions..." you seemed surprised that people still care about TLA and their music. Do you remember the moment when you first realized that this band might be something more serious including worldwide tours and releasing some really important albums?

Hmmm.  I don’t know.  Our career happens very slowly.  We’ve always just done what seems like the same thing, but just SLIGHTLY more effectively each time, I guess.  It’s like when you look at a picture of yourself from 10 years ago and go, “Wow, I got fat!”  You don’t notice because it happens so slowly.  I guess it’s only in hindsight that I consider anything we’ve done to be “important.”  I think I speak for all of us when I say we’re very grateful that people care about what we do.

After almost twenty+ years of playing in (this) band(s) - what still drives you to keep writing and releasing punk rock music?

Uh, after 20 plus years, what the fuck else am I gonna do?  It’s too late to stop now.  At least I know what I’m doing somewhat in this.  I’m not about to go to medical school or something.  But also, we love it.  You don’t dedicate your life to something this unusual unless it’s a passion.  Punk rock was very important to all of us as kids, so much so that we took it on as a vocation, and… it’s weird.  Yes, I think we do it because of our love of the art form, or whatever, and we do it because there’s nothing else to do, and we do it because we’ve been lucky enough to have some sort of career, but also, there’s a big part of this community that is based in doing for the next generation what the previous one did for you.  If we can blow someone’s mind the way that some of the great bands from my youth blew our minds, that’s, right there, the most enduring reason to keep on keeping on.

What is the most precious thing that touring with The Lawrence Arms taught you over the years?

Um…precious?  Okay.  I think I get what you’re asking.  You have to be cool to people.  You really have to try your best, to your bandmates, your crew, your tour mates, your fans, the bartenders, the sound people, the stagehands, everyone.  It’s not always easy to be respectful and grateful and polite when you’re a million miles from home and lonely and tired and maybe sick or hungover or you’ve just had a fight with your spouse or whatever, but there is never a circumstance in which being nice isn’t the right way to start out an interaction.  Now, if someone is being rude or mean or scary or weird, that’s different.  Walk away.  Or run away.  But go in with the attitude that everyone is your friend and you’re coworkers, trying to make the best possible thing happen, and you’ll be good.

Anything you’d like to add for our (mostly German) readers?

You guys are great, but the way you read this just now, it was not that good.

Thanks so much for taking the time, Brendan!!