"This has been one of the most bizarre and surreal tasks we've ever had to undertake. It isn't like Mike has decided to leave the band and we're simply finding a new bass player. He was taken from us, and we were forced to replace him. In effect, we had to look for a new Mike, but that would never happen. He was one of a kind, and we'll never forget him.

"We had hundreds upon hundreds of emails from bass players from around the world (though we can only realistically have a bassist from the U.K.), and we want to thank everyone for taking the time out to contact us, and the people who came to jam with us.

"We only had a certain amount of time to actually audition/jam with bass players before the upcoming tours, to get time in for rehearsing the songs, getting visas sorted etc.

"We'd all appreciate it if you gave him a warm welcome to the band, as this must be a bizarre situation for him to be in also.

"We'll be getting some photos taken with him soon so you can see us with Joel. We just wanted to get the news out there that we have a new bassist, and that we thank each and every person for auditioning. Mike would be honoured at the amount of respect and admiration you expressed to us through contacting us." 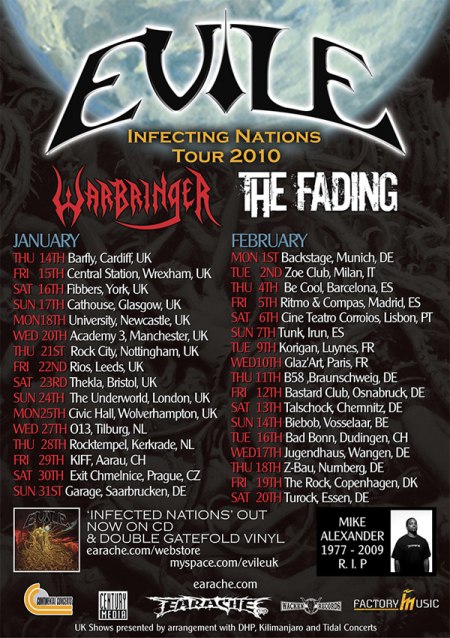