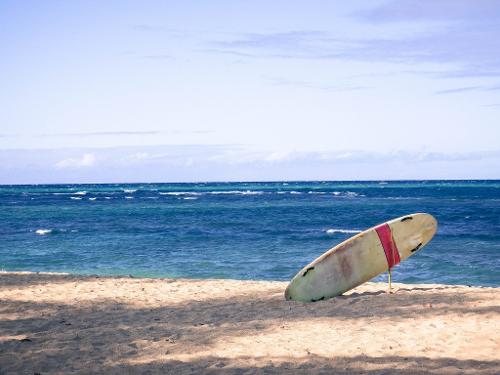 "Releasing 'How To Survive Suicide' is probably a good time to begin explaining the concept of Perfect War Forever. Each of the five songs has two meanings: an A meaning and a B meaning. All of the A meanings are rooted in my own personal issues, and I use the B meanings to associate the songs to a more social issue.

Some people have already noticed that we 'hid' the words "Fear Forever" in the album artwork, which is a perfect example of the two meanings. On the surface it's an album about the troubles of a society hellbent on using war as a problem-solver, but the underlying issue is the fear that is being instilled into people from birth and the effects of living with fear of consequence, from the beginning of your life. If you buy the EP and read the lyric book, there's hidden messages in every set of lyrics.

'How To Survive Suicide' comes right after the song 'I Dug A Grave,' which is an internal conversation between my own good and bad side. The last lyrics in that song are "you're fucking dead to me" and then "How To Survive Suicide" is painting the picture of what it would be like if I let my own good side win that battle (the song 'Soul Is Dead' is what happens when the bad side wins).

For me, the message of the song is trying to see the things that flourish for you when you drown out the negativity and play into the most fulfilling parts of your life. That's essentially what I took away from my writing when I finished the EP. After we flipped our van, I just got into that mindset. I had to write something that really took a deep look inside and pulled out all the bullshit so that I could deal with it and grow from it. And I know I'm not the only one who deals with these things, so it's nice to be able to share this work with people.

I wrote it from the perspective of my own inner peace talking to me and trying to guide me towards it. Hopefully people can hear it and try to listen more carefully to their own inner peace. It's gotta be somewhere in everybody."