Mit "No One Goes To Heaven" kuendigen LEFT BEHIND ihr neues Album an, welches am 15. November via Pure Noise Records erscheint. Mit “Peeling Wax”  stellt die Metalcore-Band unten eine erste Vorabsingle im Stream vor, bei der auch Matt Honeycutt von Kublai Khan zu hoeren ist. Frontmann Zach Hatfield kommentiert:“All the songs have different meanings, some were inspired by how I’m still recovering from things that happened a couple years ago with some of the stuff I wrote about on the last album. ‘Peeling Wax’ in particular was about a conversation I had with Matt (From Kublai Khan) during the first tour we did together. To sum it up, he told me he connected with what I say, that he felt like he was alone in a lot of things he experiences and our music was like a light in the darkness he felt. We became a lot closer friends over the last couple years and I decided to write the song about that same loneliness we feel. It was only right to feature him on the track” 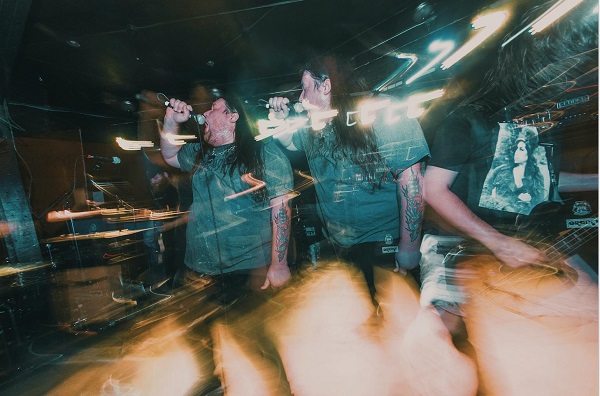