Frontmann Mark „Barney“ Greenway hat folgende Worte verfasst, um euch das Albumkonzept und den Titel zu erklären: "After some deliberation, we have decided on “Utilitarian” as the album title. We generally try to avoid generic titles, and this seemed to have a lot of scope to it. I won't explain the full meaning of Utilitarianism here because it's an ethical theory, and as ethical theories go, the depth and debate around it is quite heavy at times. It has a certain 'morality' aspect to it and that isn't something that drives me, so I also certainly have issues with it. So, rather than just nail that straight to the mast, of course we wanted to put our own spin on it by suggesting that those (i.e. the utilitarian in us, perhaps) who try to challenge everything, or fight against conventions, well, we go through periods of real self-doubt where we wonder if we're really making a difference. I suppose the conclusion is that, for the sake of all our freedoms, you should never stop, as even the feeling of resistance is at least a signal to those who would like to entirely control and dominate us – meaning everything from our instinctive behavior to our human entitlement to walk the earth unprovoked. Regarding the album overall, the final creases should be ironed out fairly soon, and immediately after that we thought it would be good to top it off with a few UK dates. We’ve been playing one new song (“Quarantined”) out on a tour of Canada and it’s been well received, so we hope to perhaps throw in another one for now. Either way, we’ll be bouncing off the walls again near you very soon. Cheers all.” 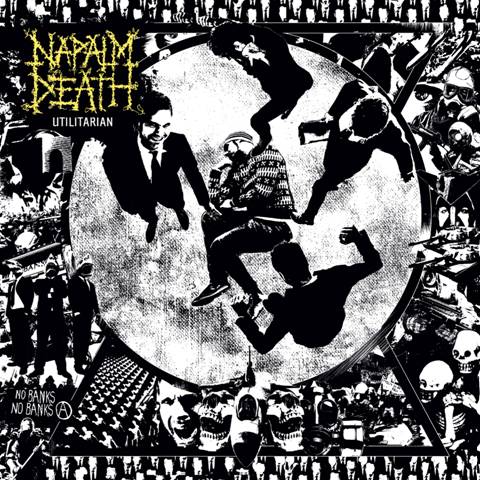