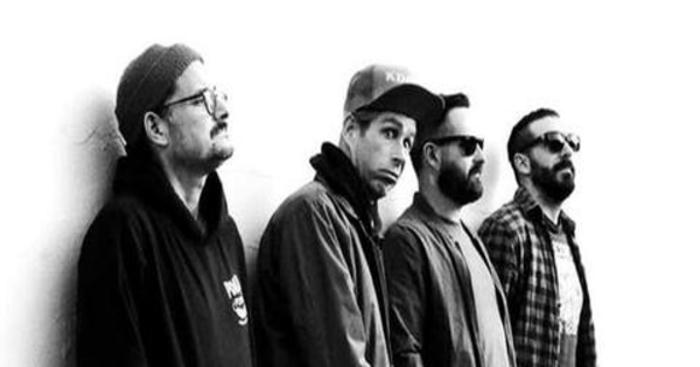 Hey Monty, glad to have you back! What have you been doing all this time?

Shit, thanks! Good to be back!

I’ve been playing some punk rock and making music. Just trying to be a good dad and husband and bandmate. Just doing the deal.

According to Wikipedia, you guys have been producing an EP with Greg Hetson for a while now. How and when did this come into being? When will it be released?

Greg’s been a friend for years. We met back in the early days of punk scene here in Los Angeles. Since DFL has gotten back together I’ve kinda reconnected with Greg. Also, Tom and Greg were in a band together called General Fucking Principle or GFP, so they go way back too.

Anyway, when Tom and I started thinking about recording a new DFL record Greg just seemed like the natural choice to produce it.

We didn't get to hear your new songs yet. What can we expect?

I guess expect old school hardcore, the way DFL has always done it. No bullshit.

What are your plans until the end of the year? Do you even plan things during this crazy time?

Hopefully, the world will start to open back up and we’ll see what happens.

Why did you break up back then and why are you back now?

You know we were super busy back then and there was a lot of pressure to record and play shows. Unfortunately there was lack of communication and respect for each other, and shit just went off the rails. Since then Tom and I have grown a lot as humans and our relationship is better than ever.

On Facebook you could see Travis Barker from Blink-182 wearing your t-shirt. Can you relate to bands like Blink-182?

I have tons of respect for Travis Barker, so when he started following us on Instagram and I was like "wow that’s amazing". We messaged with him and let us know he came up on DFL. Rad!

You have played with many big bands - Sick Of It All, Rancid, NOFX, Bad Religion... tell us the craziest tour story you can think of!

We’ve been fortunate to have tour with some amazing bands, and there are SO many crazy stories! One is when we were on tour with Pennywise. Fletcher would shoot us with this pellet gun he brought on tour. We’d be on stage playing and all of a sudden you’d get shot in the leg or we’d be walking past the tour bus and he’d shoot us from the window. Fun times.

You are now on SBÄM and Say-10, two small but fine punk rock labels. How do you see the development of Epitaph?

DFL has been super fortunate to hook up with rad record labels. We were on the Beasties’ label Grand Royal back in the day and then we were on Epitaph. We’re super stoked to be on SBÄM and Say-10 now! Both of these labels are doing amazing stuff and we’re stoked to be in the mix!

Allegedly you are already planning festival shows in Europe, among others at the SBÄM Festival. Have you been here before? What can we as fans look forward to?

Nope, DFL hasn’t been to Europe. We were supposed tour Europe back in the 90s with Millencolin, but that was the summer we broke up so it didn’t happen. It would’ve been a super fun to tour with those guys. Hopefully, we can hook up with this time around. Anyway, we’re making plans, so stay tuned!