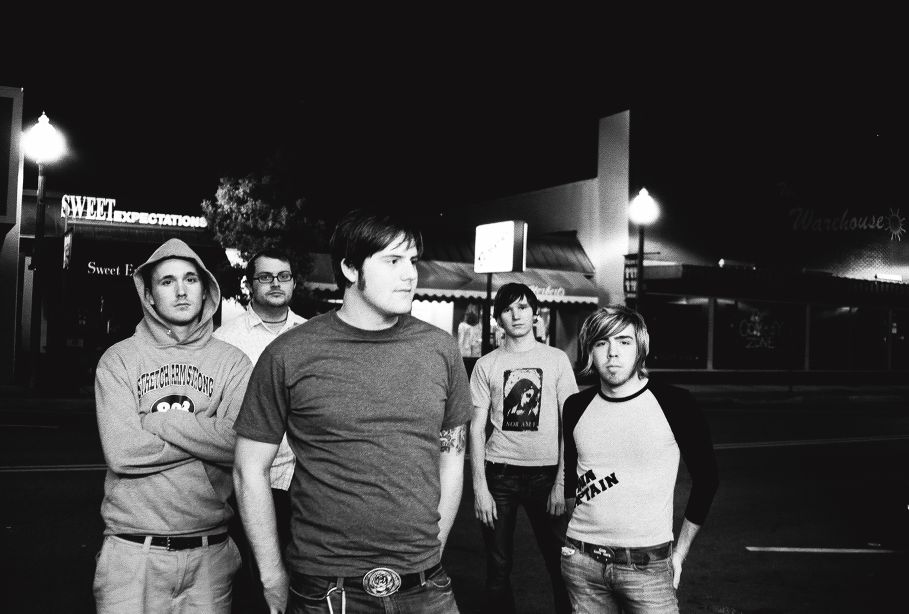 Q: To start with, please give us a short introduction to ACROSS FIVE APRILS

A: ACROSS FIVE APRILS is a band based in Chatanooga, TN and weve been pumping out the jams since 01.. Our goal is to try and make music that we like and hope people who hear it can appreciate it as well.

Q: When did you start making music and how did you meet each other?

A: Weve been making music for as long as we can remember.. some of us were highschool friends. I met the guys through my old band "Embraced" who used to tour together a lot back before all our friends bands got big haha.

Q: How did you get in contact with Indianola Records in the first place?

A: Indianola was looking at bands to put out.. and they contacted us and gave us a deal we couldnt say no to.. as a starter band..we took it and ran with it.

Q: Where do you see you musical influences?

A: Thats a tough question.. were all so different when it comes to that.. I think its safe to say that A5A could be catagorized as a band who sounds similar to .. THE BLED, LETTER KILLS, BELOVED, any heavy melodic band.

My personal influences span the whole range.. haha. Anything from.. MARVIN GAYE to ACDC to HATEBREED and THE HOPE CONSPIRACY TO PHILL COLLINS.

Q: You released "A Tragedy in Progress" in May of 2003 and gained a pretty good reputation in a very short time. Did it all turn out as you expected?

A: It was a great freshman release. The bummer was that we couldnt tour like we needed to to really ride the wave so to speak. The last year or so has really been the turning point in our bands touring life. Were all at the point we need to be at to really be able to tour like we need to.

Q: I read the album is the 2nd best selling label release ever, how does this make you feel?

A: Its cool were happy that Indianola has been so good to us. We always want bigger and better though. 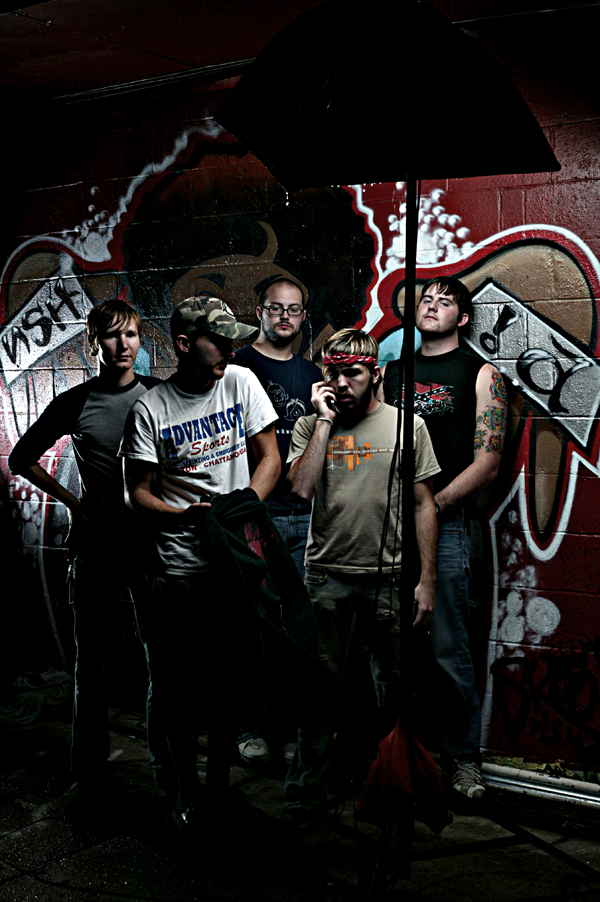 Q: Indianola brings up a lot of young and talented upcoming bands. But did you ever think about changing to a bigger label with more financial possibilities?

A: Yeah thats where we are now.. We love the guys at Indianola but were done with our obligations with them and are currently talking to labels that are at the level we are ready to be at.

Q: Your second full length "Collapse" has just been released. How did the recording process differ from the last one? Did you have more time, better equipment?

A: A little of both. Its still not the record we could put out given more resources.. but were very pleased with the result. We had a month in Earthsound Studios (KIDS LIKE US, FROM FIRST TO LAST, MAYDAY PARADE) and we sat in the studio and really played with the sound we wanted..still would have loved to have had another month to really tweek and take our time with it. But "Collapse" is a record that were excited to put our name on. Heavy, catchy, dark. You really cant go wrong

Q: How is it going so far for the record? It has just been released..?

A: Its doing well as far as I can tell! Critics seem to like it and fans love it, I actually havent seen first weeks sales yet.. Im excited to get those in the next few days.. it was released on July 11th.

Q: My first impression of "Collapse" was that it sounds much more polished than your previous releases, how do you see this?

A: More polished  sure. But not overdone its just a more.. professional sound. We still stay true to the A5A sound but this record given the right promotion could really get stuck in peoples heads..

Q:Your former frontman Steve Taylor is now focussing on his management company, which is also managing A5A. How did you experience this decision? How long did it take the band to find an adequate replacement with you?

A: Haha, well its easy to talk good about myself I guess, but truth to be told they had been asking me for a long time. Even before he left the band but due to school and other job obligations I couldnt do it. When they asked me a little over a year ago again I looked at what I had going and realized it could be a real good idea. So I went up and tried out..and it just clicked. We actually started writing a song that day and let me correct you real quick on one of your facts.. Steve Taylor is not currently our manager. Hes a great guy.. but due to the closeness to the band we really felt we needed someone else to do the job. Weve hooked up with new line management (www.newlinemgmt.com) who also manages BECOMING THE ARCHETYPE and used to manage HAWTHORNE HEIGHTS, EVERGREEN TERRACE and more. 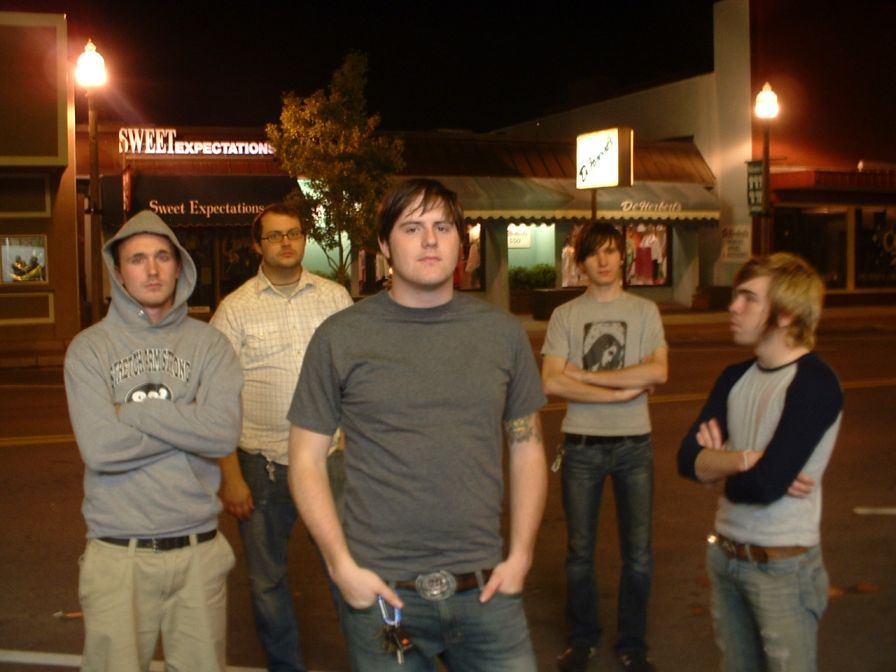 Q: You sound quite different from Steve. Where do you see these differences and did the whole band sound change due to these line-up changes?

A: Were happy with what we have going and apparently so are kids, real good reception. I just think I was able to, without sounding arrogant, help take the band where it needed to go. The new songs are songs that could easily be picked up by bigger labels, and endorsements. Not that we wrote the record to that ideal but I think they knew that would happen if I were to join the band. Probably one of the reasons they wanted me to be the new guy. We still dont have a truly "mainstream" sound but def a more listener friendly sound I would say.

Q: There has been this incident, when you wanted to tour Europe and did not get into the country. Can you tell us about it?

A: God that sucked worst shit ever. Well its a very long story.. Thats still under investigation but the short of it is.. we did everything right and due to one disgruntled immigrations official we got treated like criminals.. lied to, stolen from and finally sent home. If you want the whole story feel free to go visit our site and read, the blog titles "DEAR EUROPE".

Q: Are you going to try it again in the near future?

A: Yeah for sure. We just wanna do it right this time. So we dont get raped again. I dont know if its to early to talk about yetbut our management is working on a NOV UK tour with THE CHARIOT and BECOMING THE ARCHETYPE. Well see if it gets confirmed.

A: Man, we have so much shit on our plate. Tour our asses off for sure. We have tours coming up with THE ACACIA, STRAIN, CALIBAN, CRASH ROMEO, UNDERMINDED, THE BURNING SEASON and fests with EVERY TIME I DIE, KILLSWITCH, ATREYUtons more.

Q:What albums are you currently listening to?

A: hahah man you got me.. Im gonna look like an idiot for sure. But right now Im listening to ON BROKEN WINGS, 238, MATTHEW SWEET and BILLY JOEL Live.

Q: Which band would be your first choice for a split cd?

A: Wow any band? haha no brainereither THE HOPE CONSPIRACY or EARTH CRISIS.

Q: Thank you very much for your time, the final comment is yours.

A: No way man thank you, I appreciate it. Last ones mine huh?.. well how about..
"not that Im proud of it. but I cry every time I watch the movie RUDY"