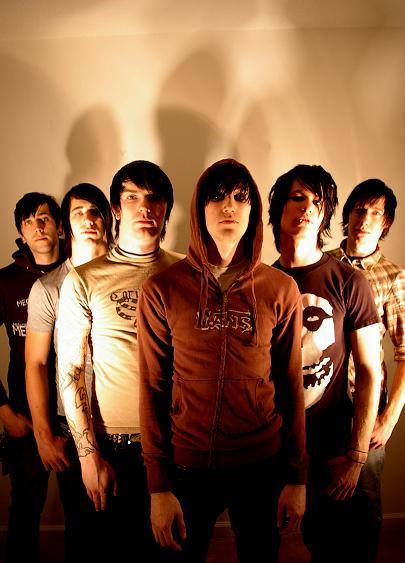 Six musicians, 3 guitars. How did you guys meet each other and how do you manage to get everyone together for touring or rehearsals?

Patrick and I (shawn) started writing together in Baltimore, Maryland. We decided to move to North Carolina because there was a much stronger underground music scene. I actually met Dennis while I was waiting tables in a restaurant haha. Steven used to come to our practices when we finally realized that he was a much better bass player than we had at the time. Jeremy and Adam joined much later down the line when we finally solidified and finalized our lineup.

Could you shortly state the most important steps of you musical career.

Taking our time at the very beginning has probably been the most important working decision we've ever made. We wrote songs and practiced for 4 months straight, 4 days a week, 12 hours a day before we ever even played our first show together. Without our family at Tragic Hero Records we would be nothing. They believed in us from the very start and were by our side through everything the first year of our career. Now, with Fearless Records we have the same thing but on a much larger scale. We are very humble and credit our successes to the help we have received along the way.

Your album artwork reminds me of movies like “The Grudge” or “The Ring”. What does it express?

The artwork on the cover is a snapshot of our lyrical intentions on the record. In the distance is a barren landscape on one side and a cityscape on the other. In the middle is a girl who looks distraught and torn between these two worlds. We always write our lyrics from two different perspectives on an issue and we felt the artwork helped to capture the struggle between those two perspectives.

Why did you choose the new artwork for the reissue and what else did change? 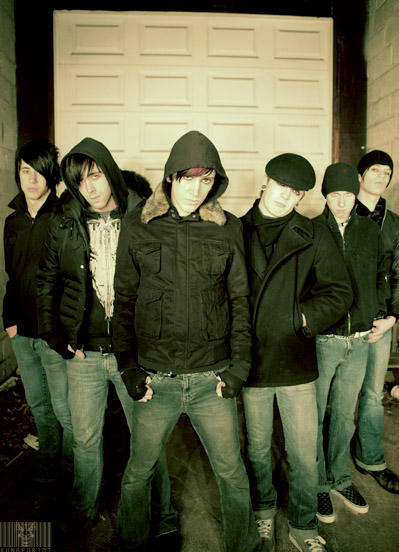 We feel the new artwork captures the music on the record much more successfully than did the old artwork. We also added two bonus tracks, four live videos, and a video interview.

What topics do you deal with?

We like to tell stories that deal with the human emotion. We have songs about betrayal, envy, greed, love, hate, death, confusion: and we want our fans to interpret the songs however they find necessary. We are not hear to preach what we feel is true and false, right and wrong. We're hear to write songs and stories that our fans can enjoy and hopefully find something that they can relate to.

What are you doing besides making music?

With almost 90.000 friend on myspace and a hell lot of daily plays, you are definitely part of the “myspace” phenomenon. How do you feel about this?

Myspace has made a world of difference in the industry. It has allowed small unknown bands to have an honest chance of being noticed. But when all is said and done a band still needs to have the full package. Our ability to promote on myspace has not made us not work as hard as we possibly can to produce good songs and a high energy, high paced live show.

LoveHateHero and Drop Dead, Gorgeous are among your top friends on myspace, how well do you know these bands?

Very well. We have done a good deal of touring with both of them. In fact, we are about to tour again with Drop Dead Gorgeous in May. We're excited, we miss those guys.

Your top five releases of the last year?

You have 15 songs on „On Frail Wings Of Vanity And Wax“. Pretty unusual for today’s scene. Have you been that creative?

We love writing. There is nothing more satisfying than spending hours, days even, working on a song and finally having it sound the way we want. As long as our fans keep listening, we'll keep writing.

What are you plans for the rest of the year?

A tour with Drop Dead Gorgeous, the Vans Warped Tour, maybe a trip to Europe, and then back into the studio for our next record. We can't wait..