01.06.2008
How are you feeling right concerning the release of your new record  The Unspoken King? 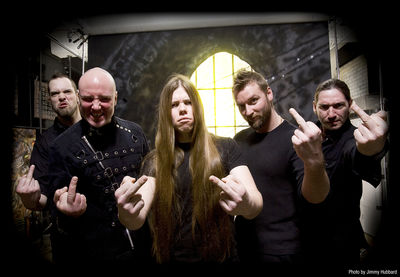 Very excited and very pumped about it.

If one is taking a look at the back-catalogue of your band one can say that your new record is the most melodic and catchy one. Have you been jealous on such bands like Kataklysm with their enormous success or what is the exact reason for the change of your sound?

Jealous? No, we don't really get jealous,lol. Lets set something straight for the record. We play music that has influenced countless numbers of people and bands, and the reason is because we put out fresh interesting music, this album is just another example.

Many press-people are saying that you are belonging more and more to the Deathcore- and Metalcore-Genre. The reason for that is for many people the clean-singing of Matt McGachy who has a real hardcore-vibe in his voice. What do you think about that?

I think that Mike Dissalvo had a much more hard core edge to him then Matt. I didn't know deathcore was associated to melodic singing. These labels are pretty funny, we call it music.

In my oponion is new record the legal successor for  Whisper Supremacy. Both records are connected to each other and are real highlights in your discography!

You are using in nearly every song clean vocals. How did you come with that idea? On your last records youve never did something like this.

We decided to use dynamics in the extremes vocally as well as musically. We in the band all enjoy bands that have clean vocals and wanted to experiment with that element in Extreme Music.

With Maggy Durand you have hired a new a member for your Keyboard. Why did you choose her?

She is incredibly talented but is not a full time member she just did some studio work for the album.

What do you want to achieve with the lyrics of your new record? Is there some sort of  main-message people should get when they are listening to the record?

Matt wrote all the lyrics and they talk about different experiences and stuff he's gone through. This is not a concept album.

When are you coming to Germany and who is going to support you? 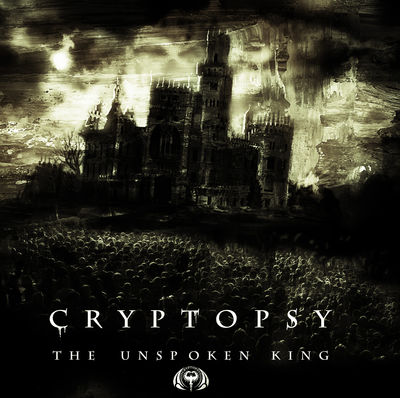 We will be in Germany in a couple weeks playing different shows and festivals.
Why are there so many Canadian bands who are so creative and extreme then in other countries? Concerning this questions I was thinking of bands like STRAPPING YOUNG LAD and GORGUTS.

I often get that question but its something that is hard to pinpoint. I suppose that canada has some very interesting and creative musicians. 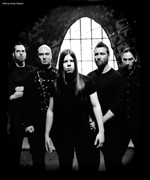 When you are taking a look back in the death-metal history  what are the most remarkable changes throughout the last years?

I think that when morbid Angel lost Dave Vincent for the first time it hit me pretty hard cause I think that he was one of the most interesting death metal singers.

What would you do on the last day of your life on earth?

Spend the day with my son.

I have always liked Cryptopsy and so I just want to thank you for bringing out some great music! The last word is yours:

Thank you for your support, and hopefully we will see you on tour.