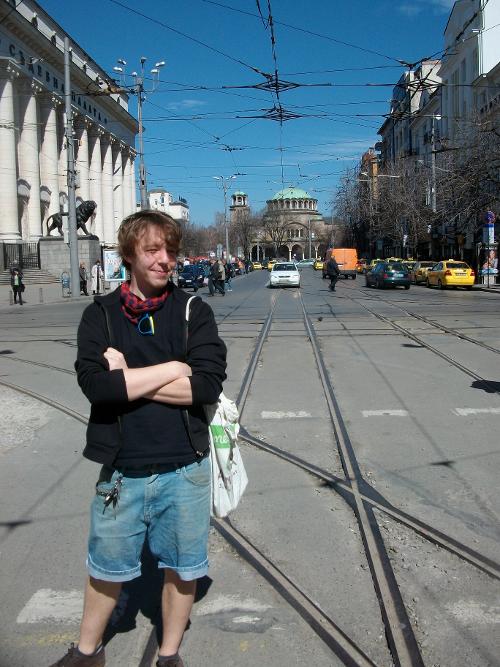 --Hey, nice to have you. Your new record is done and I will be out next month. After 15 years in Punkrock ï¿½Are you still nervous when a new record comes out? What does the music and the band mean to you after such a long time?


We still get nervous when a new record is about to come out but it's more a feeling of hoping everyone likes it as much as we do. We all work really hard to make DKM stuff as good as it can possibly be because it means so much to us.

--Lets talk about the new record in detail. Itï¿½s called ï¿½Going Out In Styleï¿½. Whatï¿½s the meaning of this title?

The title is taken from the name of one of the songs. We were going for an overall party/Irish wake style vibe for the whole product and "going out in style" just sort of sets the mood.

--Did you already read any reviews of the new record? Is it still important for you to hear what the critics say?

It's tough not to read reviews and such but we try to keep our heads about things. If we know we've made a good album then that's all we can ask for.

--Please say something about the recording process. Are you satisfied with the end product?


Absolutely. This is the first time we went into the studio with a producer and it was awesome. Ted Hutt came in and whipped us all into shape as far as songwriting went. He got the best out of everyone in the band and we had such a great time with him.

--To be honest: The last record I really liked was ï¿½The Blackoutï¿½ from 2003. So I didnï¿½t expect that Iï¿½ll find the new one even better. Its 100 percent Dropkick Murphys but itï¿½s a real party record and has a good balance between Folk and Punkrock. Would you agree?

I think we've started to figure out the best mixture of all the instrumentation.

--Please say something about the guest vocalists Fat Mike and Bruce Springsteen. How did it came to those cooperations? The first thing I thought about Springsteen was that you finally reached the rock olymp in a positive sense. Did you ever expect to achieve such status to get the chance to work with such an important musician?

They were great to lend a hand on the record and we're so psyched on their contributions. Never in my life did I ever think I would be on the same CD as Springsteen, tho...

--You will support your new record in the next months in the States and also in Europe. Are you looking forward to any special show? Maybe the Groezrock Festival in Belgium?

We always have fun over there. It will just be nice to have new songs to play for everyone.

Come see the shows and pick up the new album. I hope everyone enjoys it as much as we do.