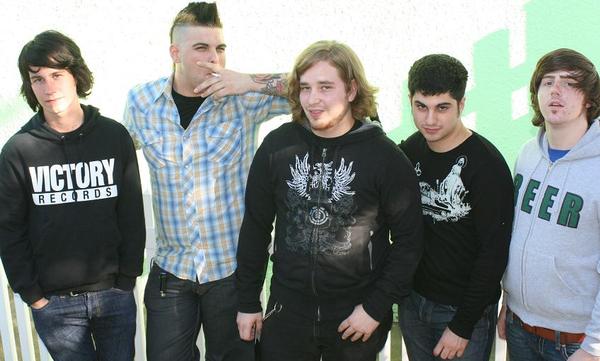 How did you guys meet each other?

Well we all grew up in the same area following the New York Hardcore scene. Since around the ages of 12 we've been playing in different bands together....our old bands used to play the same shows and eventually it just happened.

How did you get in contact with Victory Records?

Well once the band released "The Missing Pieces" EP it caught the attention of a few people at the label who wanted to see a live performance to better guage the band, so they contacted us

You were going to play a showcase in front of Victory boss Tony Brummel but your van was hit by a truck on your way to Chicago. How long did it take you to recover from this accident?

I joined the band shortly after that accident. It was a really dark time when none of the guys knew What was going to happen with the band . After 3 months and a few member changes everything got back on track and now were full-time.

When did you get the opportunity to play this show?

We got the opportunity on April 20th of this year.
We got an email asking us if we could come the next day and we drove 16 hours through the night ...through traffic with no sleep straight to chicago.....we played our hearts out and they made us an offer. 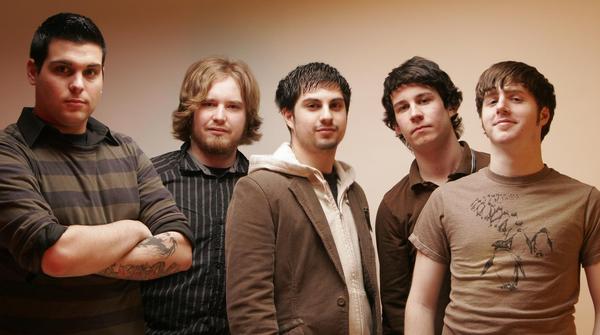 Which bands did inspire you musically?

Being the singer I can only give you a taste of the musical influences. Overall the band has collective influences that range everywhere from NYHC giants Madball or Full Blown Chaos to Frank Zappa to Cave In... or Poison the Well....Bayside....Blood Has Been Shed. We all love music so the list can go on and on. We try not to let other music influence us too much....we usually go with what feels right when were writing.

Your first single "Single & Loving It" is very melodic, yet the opener of your Victory debut "Homeland Insecurity", "The End" starts off with two minutes of pure hardcore before some melodies are added. What kinda kids do you wanna address with your music?

We wanna address kids that want to hear solid HardCore Rock and Roll. We all have Varied tastes and we wanna show that. We know that there are people out there who say I don't want singing in my metal or I don't want screaming in my rock...but Fuck that!. Were just trying to be heard by as many people out there as possible. Let them be the judge. We want everyone to have fun at our shows and when they buy the record. Its a well rounded piece of music.

Taking the former and the current victory roster into account between which bands would you position ENDWELL?

if you're talking muscal style.....that's a hard one. I guess I would have to say we are somewhat in between Hatebreed and Bayside...haha or Warzone and The Tossers with a lil bit of catch 22 Ok I dont know...why don't you be the judge?

What does "hardcore" mean to you? 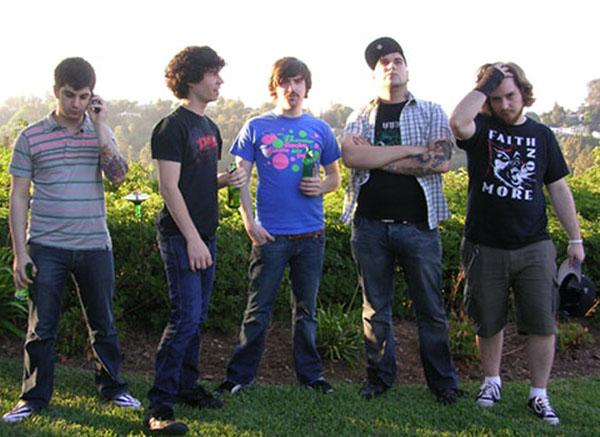 For 2007 we plan on touring NON-STOP we have a few places still to hit up in the US but then we definitely wanna get over to Europe. Basically touring over and over again.

Where do you see ENDWELL in 5 years from now?

I see Endwell in 2011, 5 years from now. Haha seriously though I don't know. I see us touring forever and continually growing our fan base....one show at a time. no one can tell the future so that's that. I just want to be comfortable and tour.

Thank you for taking the time to read this. Just check out our album which is out on Halloween in the states. I think Nov. 6th in Europe. Check out our Myspace...were all on it and we love keeping in touch with fans. Myspace.com/endwell Come to a show and you will no be disappointed. Oh and Listen to Emmure!