How did you choose the singer for the band? Or did you just look out for the other band mates? 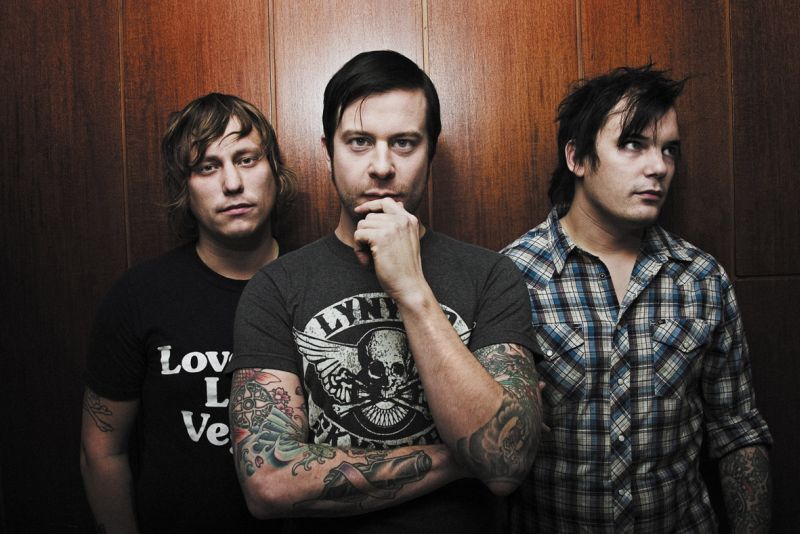 MF: It was natural for me to sing in Franky Lee since that was one of the reasons I wanted to start another band!

What are the other MILLENCOLIN members besides Nicola doing during your break?

MF: Well, Larzon is playing in a crust-punk band called "Kvoteringen". He's been into that crusty old-school punk forever and hammers the drums like a fuckin' maniac on this! Erik is actually working on the sequel to "the Hi8 Adventures" and doin some other artwork stuff!!

When can we expect new material from MILLENCOLIN

MF: Me and Nikola are curently working on new stuff.. We'll probably start to record by the end of this summer for an early 2008 release!!

FRANKY LEE is a trio with two guitar players. Who is going to play the bass on tour?

MH: We have a Bass player now. Hes name is Jocke and used to be in a band called within Reach. It works great, hes doing a lot of back ups and shit live to. Guess hell become a member some day....now hes a prospect and have to do all kinds of stupid shit...haha

What topics does your album deal with?

MH: Its all taken out of Mathias head, he writes all the Lyrics. Sounds like theres a lot of shit he doesnt really like.... I know that the world just stopped is about the loss of one of our great friends who passed away in the Tsunami thing.

How did you come up with the name FRANKY LEE? Are you BOB DYLAN fans?

MH: yeah the comes from the the Dylan song about Judas & Frankie, but not because were huge Dylan fans. More that sounds cool! But yeah, Im a big fan of mr.Zimmerman...... Nothing is revealed

FRANKY LEE is promoted as a MILLENCOLIN side project. Are you afraid of always being compared with MILLENCOLIN?

MF: It's much more than a side project, it's a new band and we're putting a 110% into it.. But offcourse people will compare it to Millencolin and I don't have a problem with that..I think it's a natural thing!

How much influence do your colleagues have on the Sound of FRANKY LEE?

MF: Hmm, if you're regarding the members of MC they don't have any influence at all, but offcourse the other members of FL are involved

You are also going to release the album on Burning Heart. Did you ever think about choosing another label?

MH: Of course we thought about it. But weve all been working with BHR/Epitaph before and it always been great....almost. Theyre nice guys even if they dont have all the power and money as a major label. You know what you get. And nowadays you gotta work like motherfucker to sell records.

MH:
Dixie Chicks  Taking the long way around
The Bronx  the bronx
The Drips  The Drips
The Raconteurs  Broken boy soldier
Wolfmother  Wolfmother

What are your future plans for FRANKE LEE?

MH: We are getting out on tour in February and that goes on until the end of the summer, with a few breaks. But Well keep on doing records and tour for sure. This is just the begining. We already have enough new songs for a second album.

As a long time musician, how did you experience the changing of the music scene?

MH: The thing that have really changed is that you dont sell as much records as you did. Cause of the download thing, so you have to work harder and play more live to make a living out of it...if thats what you mean. But theres still a good scene going and a lot of great new bands. I really like that the hardrock scene getting its return....