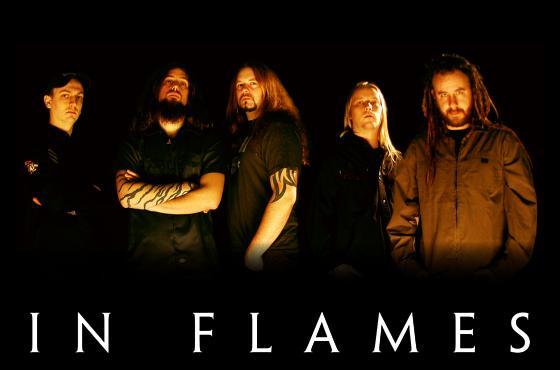 Moritz: Hi Anders! Congratulations for you new album! How do you feel now, right after finishing the new record? Are you satisfied with the result?

Anders: Releived. If you put so much heart and soul in such a project, youre releived, but tired. Its already finished since april, so I had enough time to think about it. You go through a lot of emotions and you end up happy after recording an album.


Moritz: So the album was finished in April but will be released in february. What are the reasons for that long period between?

Anders: We had to search for a new label and to finish up a new record deal in America. Nuclear Blast always needs three to four months time due to lots of other releases, and Nuclear Blast normally always schedules one year ahead. They needed the time for the promotion and all things like that.


Moritz: First, the title was Crawl through knives. Why did you change into Come Clarity?

Anders: Come Clarity represents the whole album better. Crawl through knives was just an idea during the songwriting process. So its a nice name, but not for the album. The title Come Clarity sums up the album I think. 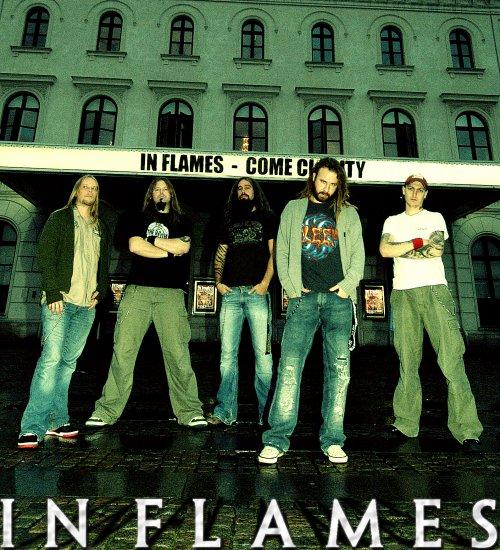 Moritz: Does the title Crawl through knives represent the whole situation with the press?

Anders: No at all. Its more about life in general. Everyone has to go the way of life and the problems. It has nothing to do with the press. There are good times and hard times, life hurts. Thats the meaning of Crawl through knives.


Moritz: Come Clarity seems to be harder than the last 2 releases but more experimental at the same time.


Moritz: When did you start writing songs for Come Clarity?

Anders: End of 2004, still during the Soundtrack To Your Escape-Tour, that finished just some weeks ago after touring with Motörhead and some festivals in summer.


Moritz: Do you think Come Clarity is the perfect In Flames album?

Anders: The perfect album right now! We always try to do the best one. If I look back, I really want to change nothing, in 1994 we did our perfect one, so in 2000 and so now in 2006. So I hope Ill never write the perfect album, because there would be nothing to do anymore, but now we come very close to that. There are always different opinions, and thats what I like about music. Otherwise it would be boring.


Björn: Whose idea was it to get a female singer in Dead End?

Anders: It was my idea, she is a finnish singer and songwriter, and I think this was a good idea to improve ourselves, and it worked great. During recording sessions the idea came and we just thought Yes! This could work


Moritz: I know you dont like to talk about your lyrics. What are the reasons?

Anders: No, I want to talk about the lyrics, but I want the listeners to think about them thereselves.


Björn: Your lyrics became more and more personal. In the early In Flames years the lyrics were about astrology and space, now they became personal?

Anders: That comes with the age I guess. If youre younger you havent had that experiences so much. I dont know any aliens, but I know much more about life now. Ive never been to the moon and Ive never seen gods garden, but I want to share my views of life with others. It are very basic themes, but to me it means a lot.


Björn: Has the title Come Clarity something to do with the birth of your daughter?

Anders: Yeah, of course! It changed my view upon the world. She changed me as a person, its not me anymore. Its not Anders world, its her world now. Children are always courious, try to taste everything, and you end up where you know. What happens along that way?


Moritz: The In Flames Drama: There are always fans wo are not satisfied with the music you actually play. There are the die-hard fans from the Jester Race/Lunar Strain-era, the Gothenborg-fans (Colony/Clayman) and the fans of the younger sounds as on Reroute to Remain and Soundtrack to your Escape. What do you think about this division?

Anders: It doesnt matter if the fans dont like one of our albums. For me, all In Flames albums are equal. It was a long way from 1994 up to know, and it has been eight albums. I am dissappointed too, if a band I like releases an album I dont like anymore, but to me every fan is welcome, the one who loves the old stuff and the one who loves the new. Its funny, I start to write melodies, and that means to be free as a musician. Theres one AC/DC and thats enough! But I like that sound. We would never ever change our way of In Flames. Were moving on and on and I am proud of ourselves.


Björn: I saw you at the Rock am Ring-Festival and you told the audience of some surprises, you played old songs. Did you feel guilty because of your die-hard fans?

Anders: Fuck, no! Imagine how many gigs we do! The surprise was just that we changed the setlist around. I mean, Im proud of all our career. I dont feel guilty at all. All songs are part of In Flames.


Björn: I thought about this because of more and more critics in the press. 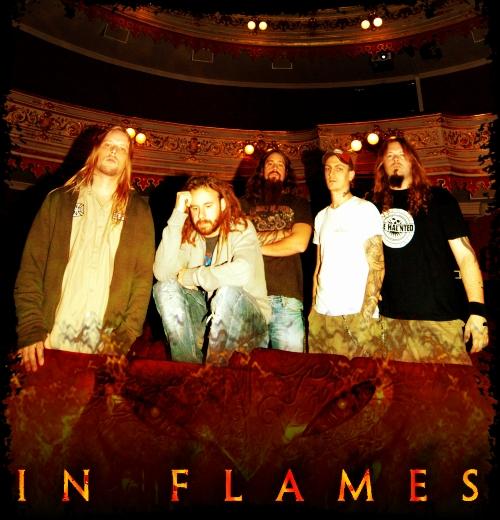 Anders: I dont think its more critics, but the critisism is louder. We dont play for hundreds anymore, we play for thousands coming to our shows. If you scream, youre the loudest, I dont like this, I dont like that! Ill never do anything special to anybody, because that woult mean sell-out to me. We always belive in ourselves.


Björn: You now have a new record deal in North America. Did you change the label to open the North american market?

Anders: Not, that didnt work with Nuclear Blast. It didnt. I mean, I love the guys and they did a great job but in America they couldnt handle. People coming to our shows there couldnt find our albums in the store after a gig. Weve been to the same label the whole career, so why should we go on on that label? Every album they promised that all! And the people couldnt find the albums! We want to be ourselves and give that to the fans, and I hope that now will work with the new deal. It really didnt work on Nuclear Blast.


Moritz: What do you think when talking about the Gothenborg-Metal, a music type you was part of the creation?

Anders: Yeah, Im proud that I come from Gothenborg, because we were so innocent, we just had a great time, we had no career, no articles on magazines. And I hope one day we really can look back. Perhaps in 50 years someone writes a book and mentions In Flames and all the other great bands that they did something really great, something unique. That would make me proud, not that I should be better than someone.


Björn: Germany normally is not a typical metal-country, but In Flames have huge success.

Anders: In fact, Germany is one of the biggest markets. I dont know why we have such success. I mean, we just make our music, we dont have any scandals. Weve been there early, early before there came any trends. Its been years of hard work and perhaps german people are having a good taste?


Moritz: Take This Life will be the first single. Are there any plans for a second one?

Anders: Sure! There are plans, but nothing certain. I mean the album will released in just two months.


Björn: Youve been touring with Judas Priest. What did you feel as a fan yourself?

Anders: It was great! Cool!. After the tour, if you look back, its really cool but nevertheless we were doing our own shows. But if my daughter grows older I have to tell her Look, I have toured with that guys!

Moritz: So thats it! Thank you Anders for your time and the pleasure to meet you!