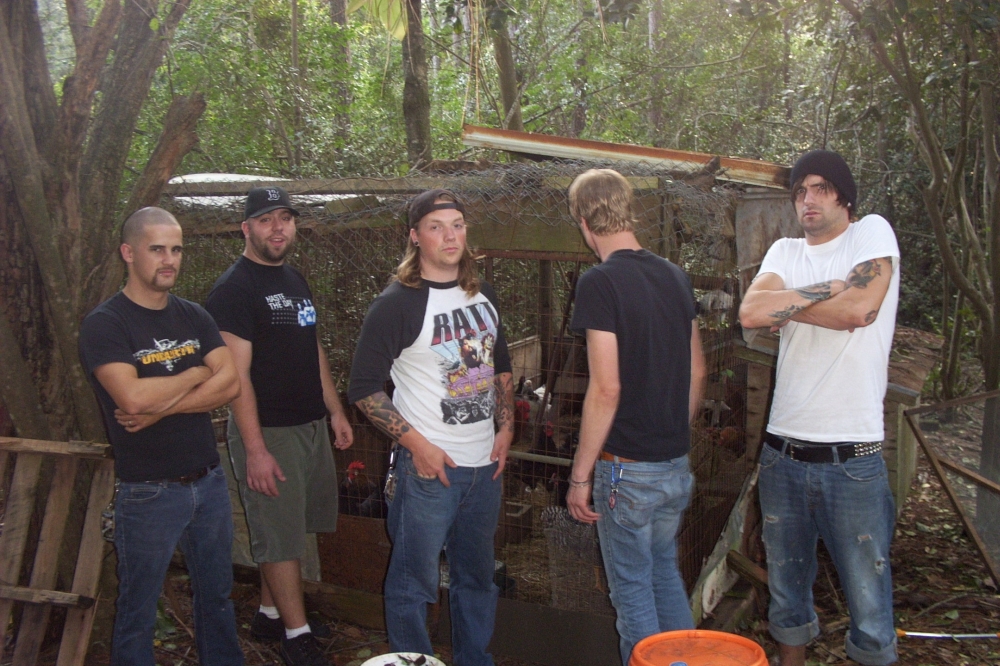 As usual, please give us a short introduction to MERCURY SWITCH.

Mercury Switch is a heavymetal band with many different styles going on. some of it is power-metal, some slow grind, but mostly Garth Brooks-esque sing-alongs.

To start with, who came up with the great artwork of your recently released full length "Time To Shine" and in which context does it stand to the music and the lyrics on the album.

That would be our great and amazing tattoo artist Jason Loui (www.redemptiontattoo.com, www.jasonloui.com). It represents the lyrics in the song "Attatched at the Wrist". In the chorus the lyrics are, "decapitation, the secondhand has taken off my head...". It's a song
about how time (past, present, future, etc...) can get the best of us.


Tell us something about "Time To Shine". What can we expect from your
new cd?

Expect the unexpected I guess, "Time to Shine" is all over the place stylistically. There's some solid rock riffs, fast metal, high vocals, we had a lot of fun with it.

Where do you see the main differences to "If You Love Me You'd Take me To The City"?

Well the production of "Time to Shine" is way, way better than our first album thanks to the great guys at Zing studios. It's faster, more technical, heavier, and all around a much better album musically.

You definitely seem to reinvent hardcore/metal music from song to song,
where do you get all the influences from? 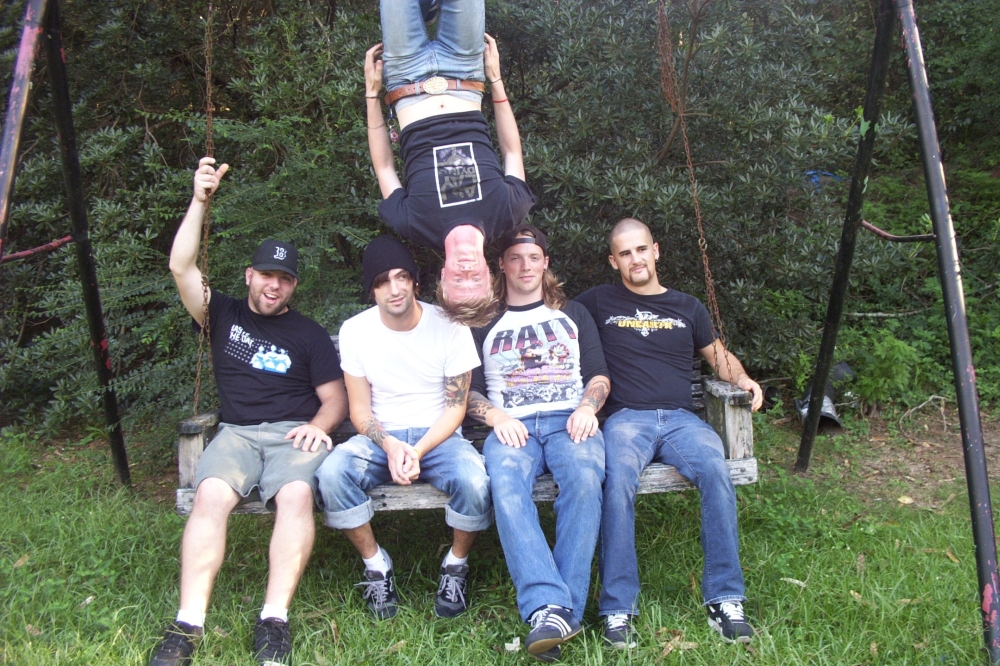 "The Invitation Of The Reaper" is a really long, conceptual song with 5 subchapters, various dynamics and music styles what's the concept behind this song?

That song is a depiction of actually meeting Death. It's sort of a story about somebody who is digging themself an early grave. It goes through the meeting, friendship, and betrayal of Death.

You also use a lot of keyboards in you songs like "Valley Of Vengeance" or "Altered Beast" which sound to me a lot like those 80ies horror movies, was this the motive behind them or isn't there any hidden motive?

Well that is sometimes is my intention. I love old synth sounds and noises. There's no real hidden motive, except at the beginning of "Attached at the Wrist. You know that song Tom Sawyer by Rush Well, the keyboard sound I use is modeled after the one in that song, it's
pretty rad.

If you had to choose one song on "Time To Shine" which stands best for MERCURY SWITCH 2005 which one would it be?

Whenever we talk about our favorite song on the album, "Hollow Ayes" is always brought up, so probably that one. Then again, I like "The Devil is a Woman Tonight", because Sam, our other singer, rules that track.

Tell me about your Songwriting process, how does a typical MERCURY SWITCH song evolve?

Usually, Mark will write the guitar and bass parts, give Jon some ideas of drum parts, and Sam and myself write the lyrics. That's how most songs start, then Jon will come up with other stuff and my keyboard parts are basically in the mix to support Marks parts.

Where would you position yourselves in the US hardcore scene?

In our area in New England, hardcore is more popular than metal. The States are all different, it depends where you play. We're definitely on the more metal side of the scene though.

What shows did you recently visit? When did you hit the pit the last time and what is your favourite move in the pit? 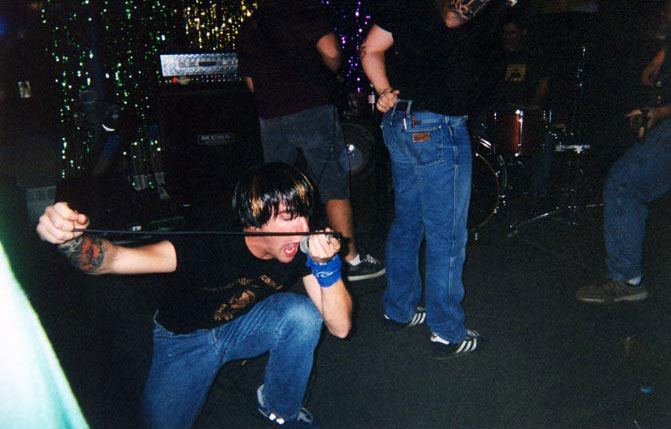 The last show that I went to was The Headbanger's Ball Tour I think. That Was with Himsa, Bleeding Through, Arch Enemy, and Cradle of Filth. I saw Stryper once, that was amazing. Last time I got sick in the pit was at a Life In Your Way (www.indianolarecords.com) show. My favorite pit move would have to be the 'dolphin', you just jump as high as you can and rock back and forth in the air. It's a standard move in the New Hampshire scene. It's crucial.

What is your opinion on Michael Jackson's recent acquittal?

I knew he would get out of that whole deal. I think there's enough evidence to Convict him, but that's why I'm not a judge, or not on a jury. I like his music a lot.

Well, when are you coming to Germany?

Actually, we would love to get over to Europe, could we stay at your house? Maybe next month? Just kidding, that would be sweet though. I'm curious to see what the music scene is like over there.

Check out our new album "Time to Shine", it's a good listen. Eat plenty of Cheetos and drink many IBC'S! thanks.