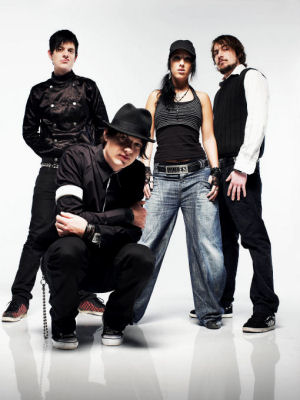 Could you please briefly introduce the members of the PinBoys? Who is doing the interview?
PinBoys consists of 4 members; Jakob Thalund Moller on vocals & bass, Simon Kalmar Poulsen on guitars, Anders Johnsen on drums and finally our darling Anne Kalstrup Andersen on vocals. I, Anders, am the one doing the interview.

You are still pretty unknown in Germany So lets start with a little band history. After your first CD A-Side was released via Flytrap Records you quickly broke apart. Why was that and why did you choose Flytrap Records in the first place?

We were a very young band at that time  and probably a little naïve. Flytrap Records contacted us over Garageband.com, where our songs were doing great, and they had many good ideas. In the beginning everything worked fine and we got A-side out. We did a tour in USA to mark the release and here we got to know much more about Flytrap  and we were not too impressed. It was simply unorganised and some things were not as they should have been. At the time we had a singer called Stina who left the band after the US tour (and Anne joined instead). This was too much for Flytrap Records and they decided to cancel the contract  the best thing that happened to us. Because we were not happy about them and yet bound to a contract! So now we were free to do what we wanted to do. 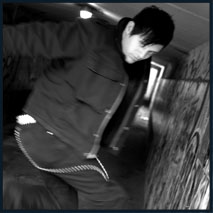 How did you get in contact with Iceberg Records and why did you choose them? What is the main difference between the two labels? And are you satisfied with the latest outcome Teenage Wasteland?

Well, we had heard from other bands that if you wanted to go abroad with your music, then Iceberg Records was the record company to contact. So we sent them our EP and they were interested from the start. Manfred, the director from Iceberg Records, actually drove through a blizzard to see us perform in Herning (3 people showed up because of the snow) and he was obviously impressed. So we talked more and more and we were impressed by Iceberg Records and decided that they were the way to go for us. There are so many differences between Flytrap Records and Iceberg Records. Iceberg Records are just so much more professional than Flytrap was. They have 100 % control and they dont promise things they cannot hold. This was kinda the problem with Flytrap.

We are extremely proud of our cd Teenage Wasteland  its kind of our little baby J We owe big thanks to Florian, Michel and Jeff who produced the cd! The cd is the conclusion of hours and hours of work. It took us 4 years to finally make a cd, so of course were happy. The release has also released a lot of energy in us and lust for more and were writing a lot of new songs at the moment! So you can expect us to make a new record in the near future!

You guys are from Denmark. What, in your opinion, makes the Scandinavian music scene special?

Hmm, theres not enough punk/rock music?! Hehe Well, Scandinavia is famous for the fantastic pop/rock bands with a sentimental touch (also called weeping rock in Danish). And of course also some of the best metalbands in the Europe (I mention Hatesphere, Raunchy and Volbeat)! I think that whats special for the scene is that the musicianship is extraordinarily good  all Danish bands just play their things really well! We put a great honour in that.
Of negative things, Denmark has been very isolated from a lot of music. It has been called the black hole between Sweden and Germany, because many bands just simply didnt pass by Denmark. So the Danish have missed out on a lot of cool music  and this has somewhat made the Danish music very narrow. But this is changing now and I predict that well see a lot of Danish bands making it big in the coming years! 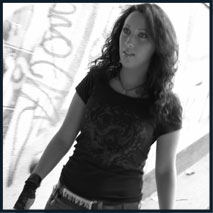 You toured already through the USA and Europe. Is there a difference between the fans and where do you like it best?

Well, its really hard for me to compare the fans in the different countries. When we toured USA we were a very new band and didnt have many fans. But the people we met were extremely friendly and open. Very much the same as our experiences in Germany  but we must admit that Germans party harder and rock more at shows. Always a pleasure to play Germany!

When did you decide to make music really seriously? Do you guys still have real jobs?

Weve been very serious from the very beginning of the band. We all came from different bands, so we knew what we wanted. But we must admit that the release of Teenage Wasteland makes the perspectives of actually living of the music come closer! Even though we play 60 shows or more a year, we still have real jobs  and crappy ones! But its necessary to stay alive until we break through J Me for instance, work at a factory 2-3 days a week and pack stuff like chips and ice cream. I hate it, but its moneyand just the dream of not having to do that ever again makes we work harder on the music !

Did you ever have to make a decision between the band an something else? And if yes, did you ever regret it?

Ehrm. The band is always first! So birthdays, weddings, vacations, girlfriends come in second. I have never regretted this  and I think I never will. But I could imagine that other people might find it annoying. Because its never funny to be let down. But thats the way it works in the band and in my head!

I just saw you on Tour with FALL OUT BOY. How did you get in contact with them? 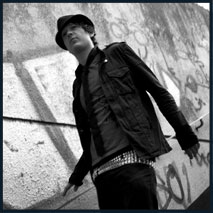 How was the Tour? Does it bother you, that most of the fans only come for FOB?

The tour was great! We were so fortunate to have 3 shows with FOB and they rock so hard and theyre very nice guys! So it was a true pleasure. And the crowds were amazing! Nothing less. So it doesnt bother us at all that most fans came for FOB. We won us a lot of new fans of each of the nights and this was the most important. I know well see many of them again.

What is the perfect Line-Up for a show you would like to play?

Hmm. For me Id like to play a show with; My Chemical Romance (theyre amazing!), Lit (why didnt they make it bigger in Europe?), Roxette (still in love with them  not that rockn rollI know!), Rage Against the Machine (theyre living legends) and of course PinBoys. That would be an absolutely crazy night!

Three things you hate the most in life

Frode Lauersen  the place where I earn my money and waste my life!
Celery (the most horrible vegetable in the world) and liver (really disgusting taste!)
end of tours! Then you just know that hours of crappy work waits for you and that the good times are over for a while! 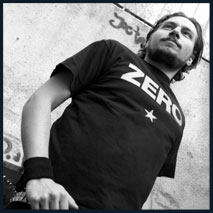 Watching music, seeing concerts, playing music  just MUSIC!
A day spent hangin with the guys on a beach, then a barbecue in the evening and to end things of just kickin it off in town!
saying see you in three weeks  Im off to the Autobahn! to my boss at work!

How often do you hear a question about the comparison between NO DOUBTs Gwen Stefani and PINBOYS Anne?

Well, I actually dont think that weve heard it that much so far. Or maybe I just havent!
But personally I like the comparison  I mean theyre both great singer and look incredible, so what not to like about it?! As long as Anne doesnt make a solo project and quits PinBoys then Im happy with it J

Thank you so much for your time. The final comment is yours!

Well, thank you very much for having us! We hope that well see many of you readers at our shows on our upcoming Germany tour in May!