Interview mit Since By Man 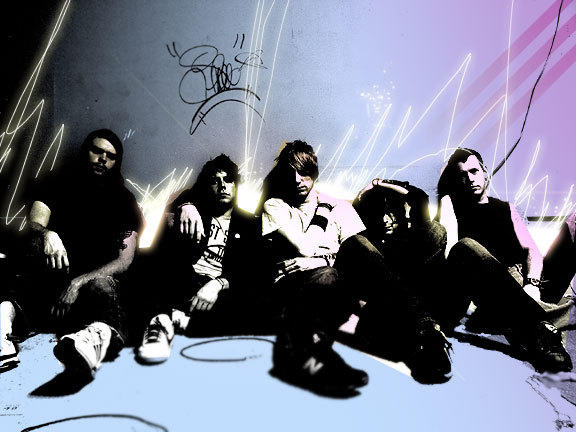 
"A Love Hate Relationship" has been released a few month before "Pictures From The Hotel Apocalypse". Would you call it an appetizer for the full length and what main differences would you point out?

I suppose it was a bit of an appetizer. Something to keep the general world aware of our existence before the 2nd full length came out, and also helped a lot to get our feet wet and have something with the lineup that was then still pretty fresh. Musically I can see it as a progression from the first full length for sure, and a simpler little taste of what's on "Pictures." I think the new record takes a lot of chances and goes in strange places from time to time, where as Love/Hate was pretty much just full on destruction.

How is it going for the record so far? Are you satisfied with the sales figures and what about Revelation?

I'm not even really sure on the solid figures and all that, I guess they don't really matter much to me. From what I've heard it's doing well and nothing to worry about or anything, so as long as that's the case, that's all that matters to me. We're still kind of in the bulk of promoting it and working with Rev on getting the word fully out there, but so far it's been good. We're happy with the record, we're glad it's out now, people seem to be into the songs on it, and we're all fine and dandy. I haven't really read any negative reviews on it yet, which is good but kind of weird. I've definitely read some where they say absolutely absurd stuff that I wouldn't take as a compliment, but somehow they say it is anyway. I like reading ones that tear us apart though, those are great. 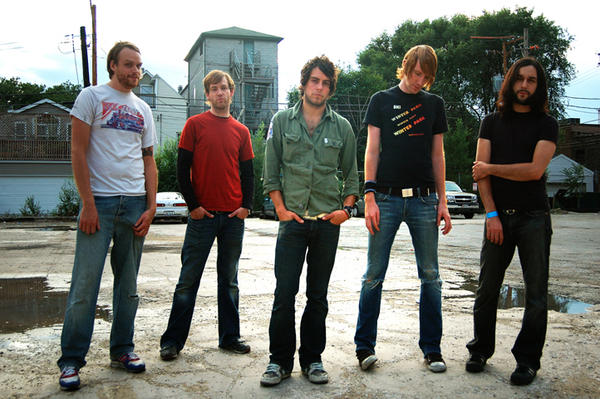 People love to categorize a band and bands hate to be categorized. Tell me as which style do you prefer to be pegged and why?

Yeah that's a hard one. If someone asks me what kind of band we are I say "loud." If they keep asking I say we sound like Metallica. Old Metallica. I know that's not true but I can pretend. So just categorize us as Metallica. Or Black Sabbath. Or Creedence, whatever works. Just not Limp Bizkit. Are they even a band anymore? God I fucking hope not.

You added a lot of electronics to your sound and even toyed with the vocals. Would you explain this as a natural progression of a band or where came these tendencies from?

Yeah it's a pretty natural progression. Every record we've done has had electronics on it, we just kind of evolved to what's on the record. We're definitely not a techno band or industrial band and I don't think we ever really come off that way. It basically just all stems from having computers and a drum machine/sampler, and fucking around with what we can do. Sometimes we write things for fun and think "oh man we should use this in a song," or sometimes we write things with sampler/drum machine things in mind. It's just an element of what we have to work with just like any other instrument in the band, it just doesn't show up as much.

"Pictures From The Hotel Apocalypse" is basically about the end of the world we know. Why did you choose this basic theme?

We had the title for a year or so before we started recording the record, so we just fleshed everything out from there. We started with the phrase, then thought about what it means to us and what we'd like to depict to the world. When the music and lyrics came into play, it just made sense to present it how we did. The multiple themes that come into play in life, and in a time of death all around you.

For "We Sing The Body Electric" you worked with Kurt Ballou (CONVERGE); then it has been Paul Miner (DEATH BY STEREO), why did you choose Dave Gardner for this effort?

Dave was recommended to us by a friend when we were looking for someone to record our record. We heard what he'd done before, went to Minneapolis and hung out with him when we played there, and decided that he was indeed the man for the job. He did a great job and we're all really happy with how things came out in the end.

Tell me something about Milwaukee's music scene. How would you evaluate it? Are their any bands you would recommend to check out? I like CALL ME LIGHTNING and TEMPER TEMPER though. 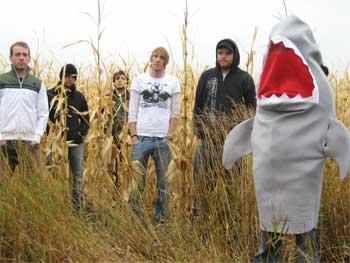 Yeah listen to Temper Temper a lot, it's good for you. Milwaukee is full of sweet shit. Call Me Lightning, Red Knife Lottery (Ashley, their singer, also appears on our new record), Decibully, the list goes on and on. It's a city with a lot to offer and a lot of stellar dudes and dudettes.

I read somewhere, that "Pictures From The Hotel Apocalypse" supposedly is your last record for Revelation. Is this true and if yes, could you explain it?

Yup our contract is up with the lovely Revelation Records. We did our two full lengths and one ep and now we may be moving on up to the east side. Who knows what will happen next.

The whole packaging of your music seems to play an important role for you. How important are all the aspects besides the music, like artwork, etc..?

It's huge. We all believe in the power of bands being about more than just music. It's everything. Plus more than anything it's an outlet for doing other things we love. Some of us are really into design, so we do all our own website, albums, shirts, and all that stuff just because we love doing it. We like being as self-sustained as we can be, and creating as much of a whole package, audio/visual/physical, as much as we can.

Thanks for the interview. We'll be on tour for a really long time, US, Canada, and Europe all very soon, so look for us to be coming to your town soon.