Hey Jason, great to speak to you. How are you feeling these days?

Well, really good overall. I'm a bit overworked with bullshit jobs right now, but home life is great and I'm really excited about the record dropping. And you?

Well, Im fine too..
THE DRAFT are three quarters of HOT WATER MUSIC. Why did you regroup that quickly?

I've read your statement about the split of HWM, could you please sum it up again in a few words for our readers?

The impetus of all of it was Chuck wanting to stop touring, and things just kind of snowballed from there. It was time, though, I think. 12 years is a good run.

Do you know what Chuck Ragan is doing these days, how is your relationship? 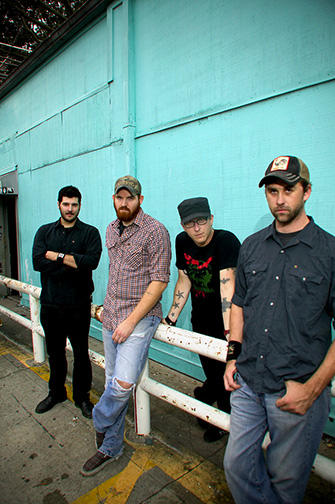 Yeah, I do. He's working on some solo stuff, and funnily enough, touring a bit. We don't speak as much as we did when we were in HWM, but we still have a good relationship, I'd say.

So who is the new guy, Wonderboy?

Todd has been a friend of ours for a long time. He's rocked the world in bands such as Discount, Black Cougar Shock Unit, Kumite, and The Enablers.

A lot of bands are breaking up these days like BOYSETSFIRE. Band who were really influential and also successful. How did it make you feel seeing such bands splitting up. Did your opinion change now that it happened to HWM?

No, not really. I think that, for whatever reason, people that have been doing this for a long time in the same setting eventually feel like they're hitting a wall and not progressing at all. I know that at the end of HWM, we definitely were not playing our biggest shows ever. I always think it's better to put things to bed when they still have some sense of dignity than to drag around a carcass of a once great band.

HWM has grown a lot over the years in terms of songwriting. I would say that THE DRAFT continues right where HWM left with their last album. Is this statement acceptable for you?

Yeah, I like the last HWM record and I like The Draft record, too, so it's acceptable. Thank you! 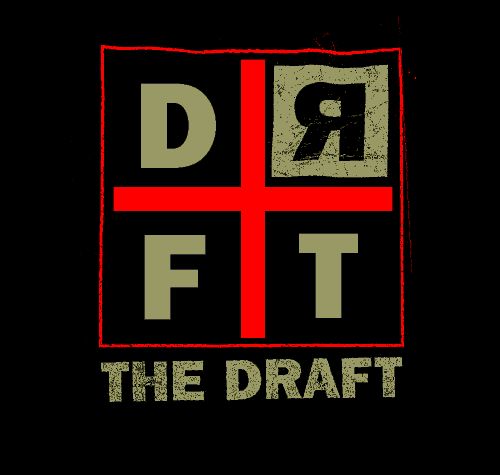 I would also say that "In A Million Pieces" sounds more positive than late HWM material. Where do you see the reason for this?

I'd say that the main reason was that the band was falling apart a bit for the last year or two. Whether it was spoken about or not, it was starting to be felt all around from time to time. There was also the kind of pressure of being in a successful band, people have expectations
from you, and that can become tiresome. Not that people don't have expectations for The Draft, but we're in a different place where we're a new band and everything is fresh and exciting and we're all on this whole new ride without any baggage from the past. It's great!

Where do you see the major differences between HWM and THE DRAFT musically?

Way more melodic overall. At least to me.

How did you come up with this band name?

We were kind of kicking around military-type names, just saying whatever came to mind, and George said "How about 'The Draft'?" It just kind of stuck after that.

You're again on Epitaph. Was that a natural step for you?

Oh, yeah. Brett was the first person in line to do the record. Without him and Brian McTernan, you wouldn't be doing this interview with me right now.

"In A Million Pieces" is going to be released in September. When did you write the songs for the record?

Over the course of the year before we recorded the record. We started seriously writing material in April 05 and finished recording in April 06. 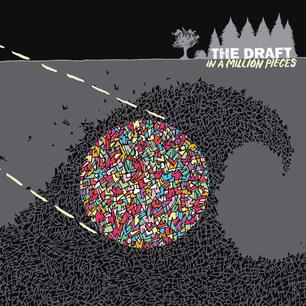 Are there certain things you would like to achieve with THE DRAFT that you did not do with HWM?

I'd like to see South Africa, Hawaii, Alaska, Iceland, and Antarctica. I'd also like to last for 13 years or more.

What do you thing about all those upcoming Band which focus a lot on their appearance and use make up?

Let me preface this by expressing my love for the whole spooky thing. I love spooky bands, scary movies, monsters, skulls, all of that stuff. I even like some of these bands that you're referring to. The image thing doesn't bother me at all. What bothers me is the fact that these bands are all offensively bad. I honestly, for the first time in my life, couldn't tell you the difference between 90% of them if you played them back to back.

Are THE DRAFT going to tour as much like HWM did? We are waiting for you in Germany.. .

Well, we're going to tour as much as we need to, but we're wise enough to keep to a level that makes sense. We'd like to avoid touring for the sake of touring and do what makes sense in the grand scheme of supporting our record, playing for the fans, and making some headway.

We'll see you in Germany in October. Thanks!