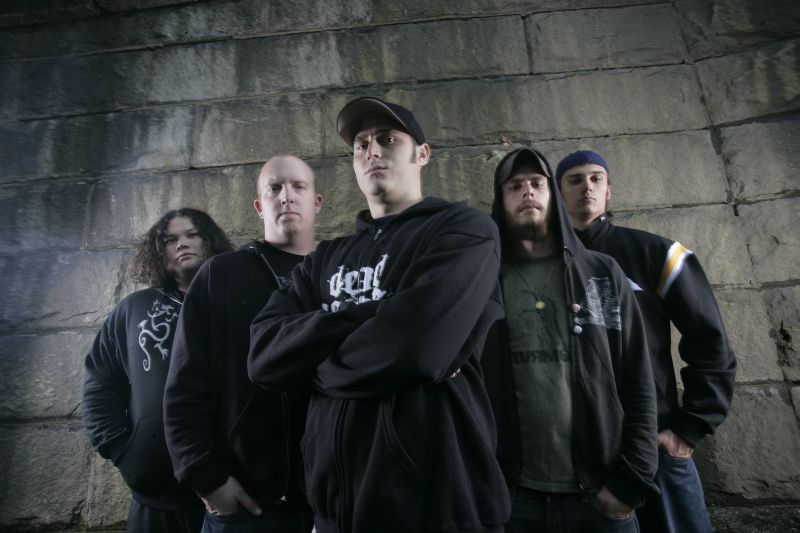 Q: How did the band get together?

M: We started the band when I was about 16 at High School. Our drummer and guitar player had already played music together and so we jammed out and it worked, and that’s how the whole thing started. We do it ever since, but we have gone through a major line up change.

Q: Was living at such a small town contribute to you forming a band?

M: Well, we were not like the people at our school. It’s a really small town you know, but we always went to HC shows, and often traveled out of town. Sometimes we drove for over 2 hours just to see a HC show. So, making that music seemed natural to us. And we jumped on every possible show that came our way as openers. We made a few demo tapes, but it first started getting serious when I was finished with High School. I was confronted with the choice of either going to College and quitting the band, or staying in the band and drop out of school. I dropped out of school.

Q: And the band nearly broke up over that?

M: Well, at that time I was the oldest in the band and the rest is about a year younger than me so they could still finish school, but I had no choice because I was living about 2 hours away, so it was really a serious decision for me. But it was never a decision I would regret. I was really unhappy at school, I was only going to school because I had to go to school. It was not that I enjoyed it. I decided for the better thing. For the others it was not that much of a decision. They were ready to quit anyways, so if I would have quit, they would have quit. At that time we had just recorded two new songs for a demo CD and sent it out, but we never ever thought of making a record. But then Eulogy picked it up and made a record out of it. 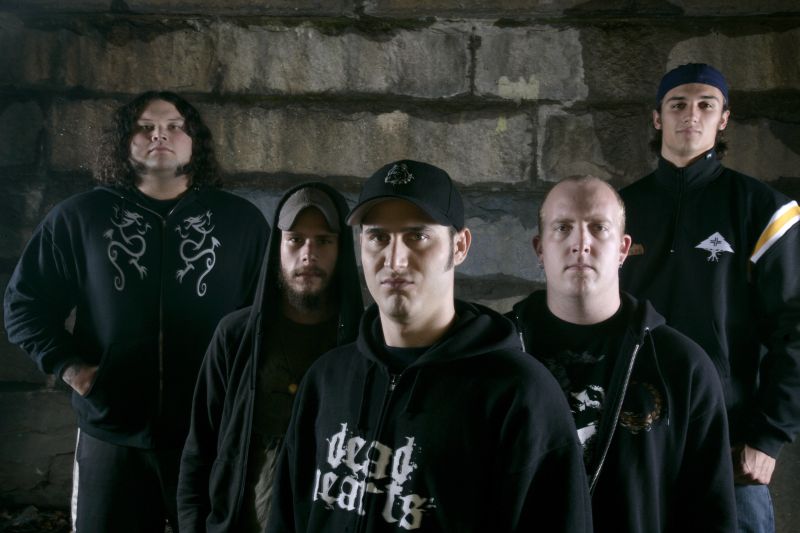 Q: How was that for you?

M: That felt really, really good! I mean, we were young and were stocked to have our shit on CD!

Q: You once had a really bad car accident with the tour bus.

M: Yeah, right. It was like five in the morning and we were driving on the highway when the guy next to us fell asleep at the wheel and sideswiped our trailer. We were all asleep in the van, and we woke up swerving over three lines of freeway. And the guy did not have insurance so we had to get the money together for the repair of our van. But fans helped us out because in the US it is often not that easy to not pay extra for getting to a show. But we managed somehow. In Europe it’s much different, and I can really agree. I heard a lot of people say that you don’t have to worry about gas money when you come to Europe, and that’s true. And also the people that come to a show are much more into the music. In the US, some kids that go to shows, they just give a fuck.

Q: Can you tell me something about the new album?

M: “Genuine Sense Of Outrage”, yeah, it’s like a wake up call for people to realize that in this culture full of racism everybody is the same not for physical reasons or whatever. People have to finally understand that. The album itself is a lot harder and deeper. As far as the lyrics concern, I will always write about what the song makes me feel like. The songs always put me in a certain mod, and that is where the lyrics and ideas come from. The lyrics are always personal. You know, I don’t care about that whole fashion scene, that is just dumb. If people understand where I am coming from with my lyrics, the better it is, but I will never say to fans or whatever that they have to read the lyrics to understand a certain song or so. If people just want to enjoy the music – fine. If they can also relate to the lyrics that’s fine, too!

Q: Is this your only show in Europe?

M: Yeah, but we will be back in November with COMEBACK KID and tour Europe. The last tour that we were supposed to come to Europe for we had to cancel because we had to record for the new record. And we had to set priorities…but, man, we were so fucking pissed we had to cancel that tour! It broke our hearts, but we could not help it at that time. But we will make up for it! Definitely!

Thank you very much for the interview!