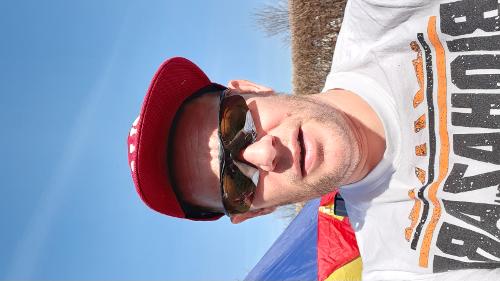 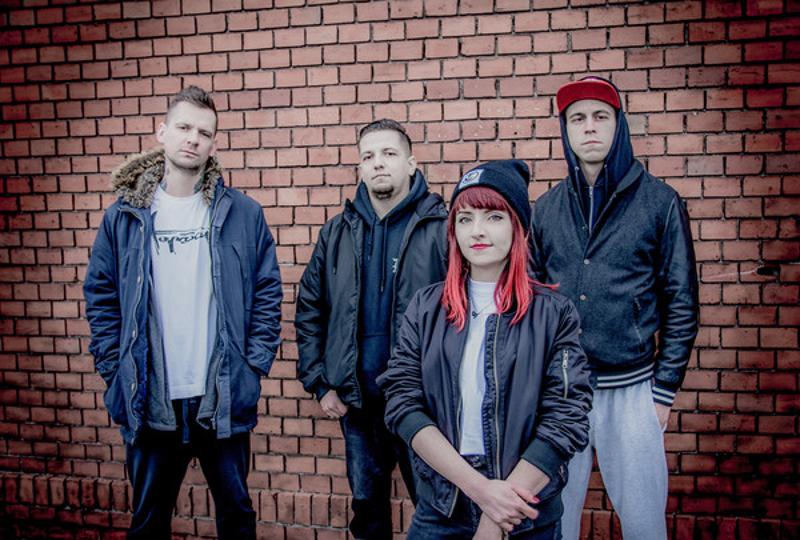 You are a Polish band. Explain to our readers a little bit more about your UNBEATEN-History and your origin. Where are you from, how was UNBEATEN formed and so on?

Eliz (voc): Hi, as you said we are from Poland, more precisely from Bydgoszcz city (known as Bromberg in Germany). The Band was formed by me and Langi in 2016, who was the guitarist in some local bands and event manager operating under the name Rough Life Promotion. He was doing gigs for hardcore/punk/beatdown bands in our hometown. We were already a couple for few years.

Langi (guit): That’s right and Eliz was doing photos at all hardcore events then as Burning Lens. Crazy time, lots of fun, lots of work, but we met many great people then. But back to the topic, Eliz wanted to be a vocalist so I asked my ex-bandmate Sel, who is a drummer, what he would think about that. He didn’t have any other projects going on at that time and decided to try something new with us. A few months later after the first 3 gigs as a trio, we asked our friend Młody (drummer of SHIZMA), if he could imagine playing bass with us.

Eliz: And that was the first full line-up of UNBEATEN. After few months we needed to change our drummer since he decided to work on ships and that’s the moment when Sauat (vocalist of DOWN TO CONCRETE / BODYSLAM) became our drummer. Some months later Młody also left the band due to personal issues. Our next full-time bassist till now is Rob, who played in a local beatdown band ASSAULT. Besides UNBEATEN, our hobbies are mostly riding on bicycles, playing video games, reading books, cooking and all that kinds of stuff.

Tell us a little bit about the Polish HC-scene: Which bands or venues are worth to be mentioned?

Langi: In our hometown, we have one of the most known polish bands called SHIZMA, which was definitely one of our inspirations. We had some really nice bands in our city like SORA or IN SPITE OF, but for the moment, most of them have ended their activities, but we have (I hope so, cause lockdown is killing all venues right now) a great venue here, which is Estrada Stage Bar. Krzyżak, the owner, has been an active member of the hardcore scene for years, he was a guitarist in some of the bands I spoke of above.

Eliz: But we still have many great hardcore bands in Poland like 1125, THE DOG, or our friends from GOOD LOOKIN’ OUT and DICEDEAL. And some very good Straight Edge or Oi-Bands.

I did a review of your last output “Fight Your Fears”. What other LPs/CDs did you put out?

Eliz: “Fight Your Fears” is our second EP, first one was “To Co Istotne,” released in 2017 by Spook Records. It was our debut, recorded by the first members of the band and all of the lyrics were in Polish. We also recorded our version of SCHIZMA's “Odpowiedzialność” (English: Responsibility) as a part of the tribute album “Schizma is fuckin’ state of mind - 100% covers.” Right now we are recording a new EP, that we hope will be released soon. 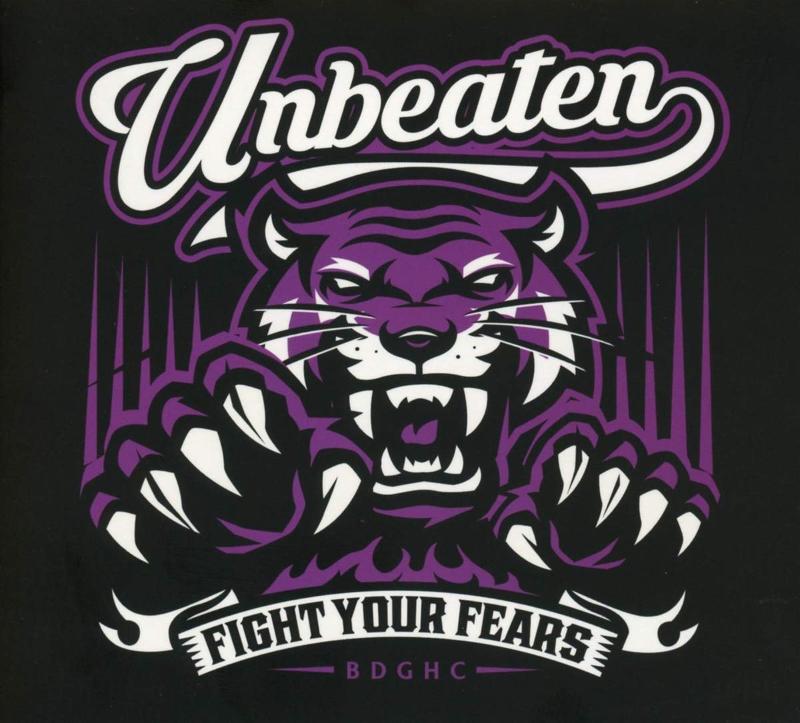 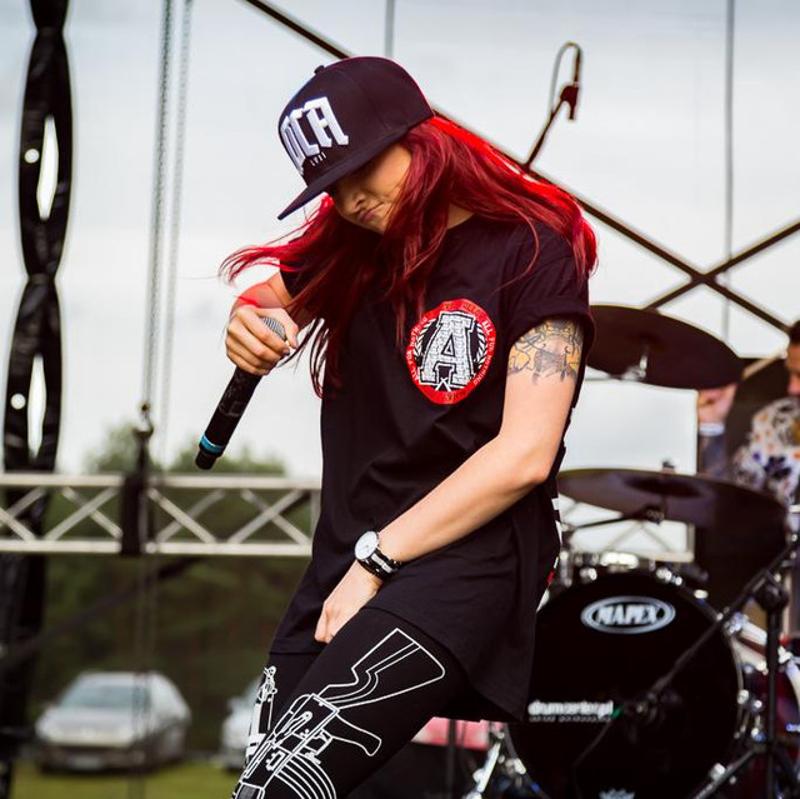 There aren’t that many HC bands with female vocals. Eliz, do you face challenges being accepted in the unfortunately mostly male-dominated scene?

Eliz: That depends, like anywhere else, on the hardcore scene itself. You can find assholes that don’t respect other people. Most of the negative comments we can find from internet haters. In live situations, of course, not everyone has to enjoy my kind of voice in heavy music, but it’s mostly like “Yeah, that’s not my cup of tea.” At the end of the day, we still have more supporters than haters and those kinds of internet comments you can find about any bands with girls on front. Bands like ALL FOR NOTHING, WE RIDE OR WALLS OF JERICHO were since day one our inspiration and all of them had to face it. Real recognizes real.

My good friend Mike Crucified from ONLY ATTITUDE COUNTS is singing on the title track of the EP we spoke about above. How did this Polish-Austrian collaboration come about?

Langi: We know and love the music of both bands ONLY ATTITUDE COUNTS and SPIDER CREW. When I was looking for some options to play gigs, I found the possibility to support OAC. It was our fourth gig with UNBEATEN and even the first in full line up. So we packed all our stuff and hit the over 500km to play with them in Novy Jicin (Czech Rep.) When we met, it turned out that it is not only a great band but also great people. It’s like you meet someone and feel like you knew them all the time of your life. We practiced unity, friendship, and all the stuff that hardcore stands for. When we were recording our second EP, we decided to ask our friends about being a part of this and that’s how Mike and also Cindy from ALL FOR NOTHING came into that. Sometime later OAC was looking for a gig in Poland and our friend Kasia, the owner of Hardcore Tattoo Records (label from Poland which released “Fight Your Fears”) decided to invite them and us to be a part of a gig in Krakow. Later we had an after party connected with the shooting of the video for “Fight Your Fears” song.

Finally, let's talk about the worldwide challenge of the hour - the pandemic: How are UNBEATEN dealing with it? What have you done in this – speaking from art and culture – worst time in human history?

Eliz: It’s pretty hard for bands to not play any live shows. Especially for hardcore bands, where energy between crowd and band is necessary. We are working on new stuff, recording a new EP. Soon we will probably work on some DIY video. We have some time to practice or try new gear. But most of the time we are just living day after another and waiting till all this pandemic situation will end. Would be great to see some gigs, but it is how it is. What doesn’t kill us, will make us stronger. You gotta keep PMA!