"Fléau means SCOURGE in French and we could probably just leave it at that. The latest/wildest addition to the Red Scare pantheon comes from somewhere in France, and these four humans describe themselves as a, “Band of mercenaries”. All their songs are about battle and they wear Medieval helms when they play. At first we laughed nervously and thought it was all a gag, but this music is hardcore Oi! that’ll give you nightmares. Think of bands like The Templars, Rixe, Blitz, Noi!se, Lion’s Law, etc. This debut 4-song EP will definitely turn some heads in the Streetpunk world, so get on their good side before they invade the scene." 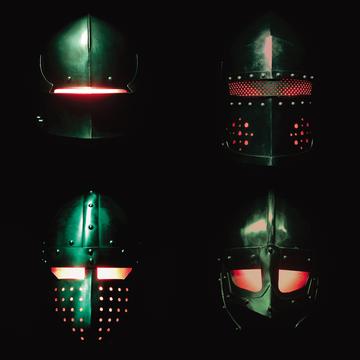