Mit "Starlighter (Echo, Utah)" stellen HAWTHORNE HEIGHTS einen weiteren Song ihres Album "Bad Frequencies" vor - dem ersten Release der Band seit 2013 und gleichzeitig Pure Noise Records-Debut. Produziert hat die Band um JT Woodruff (Vocals, Guitar), Mark McMillon (Guitar, Backing Vocals), Matt Ridenour (Bass, Backing Vocals) und Chris Popadak (Drums) die Platte mit Nick Ingram (Hotel Books, Capital House Studio), gemischt hat Cameron Webb (NOFX, Social Distortion). Zum Singing erklaeren HAWTHORNE HEIGHTS:“We had been doing it ourselves for a few years, and while we love having all that freedom, we really thought that this was a great album to dive back into the label atmosphere. We've followed Pure Noise for years, and have always been impressed with how they release records, and the bands they choose to sign. We really believe that Bad Frequencies is one of the best things that we've created as Hawthorne Heights, so we wanted to give it every possible chance at success. After a few conversations with Jake, we knew everything would come together quickly, and that it would be a fun project for both the band and label.” 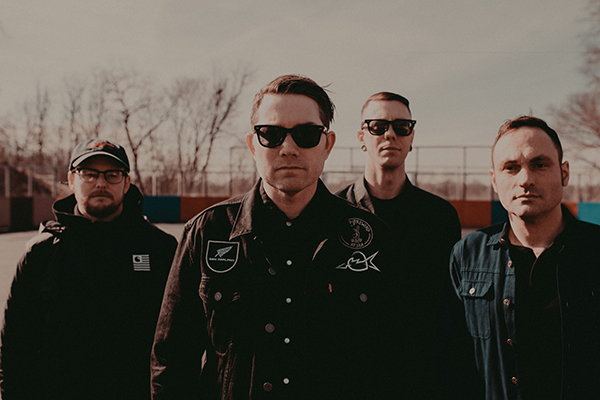 INTO IT. OVER IT. - neues Album im September

IGUANA - Video zu "Below The Hinterlands"