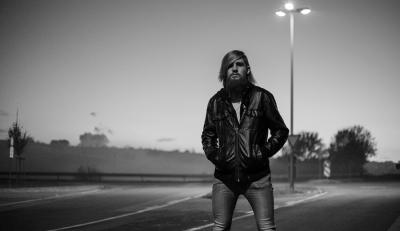 "The Devil Wears Prada, have announced "8:18," their full-length label debut which arrives everywhere on September 17th. The band made the announcement earlier today via video clip, which can be seen below: "8:18" will be available for pre-order at The Devil Wears Prada's official webstore beginning July 30th. The collection, which was recorded at Atlanta's Glow In The Dark Studios and executive produced by Adam Dutkiewicz of Killswitch Engage, with producer/engineer Matt Goldman, marks the first LP to be released by The Devil Wears Prada since 2011's breakthrough, Dead Throne, which debuted at #10 on the Billboard Top 200 and cemented the group as one of the most electrifying acts in modern metal."