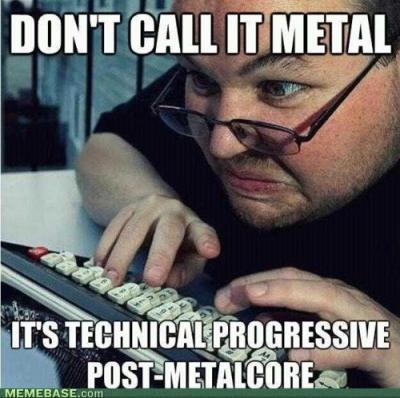 It has been 4 years since "Savior Sorrow". What have you been up to all those years?

Hmmm well touring in support of Savior Sorrow. Creating and releasing the Volume 2, DVD. A year and a half writing and recording “BSFUC”. St1tch and Lil Dan recorded and release the debut CD from; Ventana . Skinny and Waylon , along with Tommy Church (the Autumn Offering) and Jim LaMarca; (Chimaira) are tracking the 1st Tenafly Viper Release and Skinny and I along with newcomer Ryan Farrell just finished the debut; Jeffrey Nothing solo album so yeah, Just a little bit.

"Beautiful stories for ugly children" is your second album in a stable lineup. To me it seems like the identification process within the band has finished and you wrote the material as a group effort showing people that Mushroomhead is a still force to reckon with. How did you approach this album?

Different than any other for me Personally, I stayed away. I let the process breathe. To me Waylon had got his feet wet on “SS” and I needed to give him a much deserved chance with a clean canvas. I listened here and there and did stuff on early discarded demos. But yeah, also because I live upstairs from our rehearsal/ recording studio and was there if needed I stayed away until about 4/5 months in. I then had relatively constructed pieces to throw my 2 cents into and sometimes reshape. But I also came into some songs yet untouched. I have a pre production studio in my place upstairs now which is also a 1st for me. So many times I came down with completed thoughts whereas I used to try on the fly.

With "I'll be there", "Holes In The World" and "The Feel" there are still some of those classic Mushroomhead "Power-Ballads". Overall the Album does sound a lot more aggressive and up front. What kind of song is easier to write for you and why did the album become as hard as it is?

They all come at about the same pace really. Some come to me in minutes some can take a few re-writes. Can’t real by song pace, it’s just what strikes a feeling in me and I go from there.”I’ll Be Here” I was concentrating on a chorus yet it grew into a second verse too.
And “The Feel” just kind of happened. With “Holes in the Void” I was more going for a complete Idea. The heaviness just came from where our collective vision took us. More or less, “Hope your ready, because we aren’t fucking around this time”!

Have you guys ever considered doing an acoustic set or even release an EP? A lot of the "slower" songs seem to have the potential for something like that.

It would be fun at some point yeah. But I can’t really say there’s ever been a plan to such a thing.

What can your european fans expect from Mushroomhead in the near future? Are there any plans on promoting the album with an international tour?

We were talking to a Promoter about doing a December/ January run. But nothing could be set in time. We are looking into some other options at this point and It looks like possibly in the late winter/early spring. But yeah, we are itching to get back over.

With "Volume 1" and "volume 2" Mushroomhead has released 2 very interesting and funny backstage documentaries on DVD. Are we ever gonna see a full blown concert DVD or even BluRay with bombastic sound and visuals to capture the beast that Mushroomhead is when playing live?

We attempted to film last years Halloween show for DVD release, although we made big plans, a lot of our visual effects didn’t come off as planned and Our camera people weren’t what we had hoped so it is in the can. Some sounds from that performance may be released though. It is a possibility in the future. When is anybodies guess.

As a final question: With Halloween coming up I'm kinda intrigued how you guys celebrate that Holiday. Do you go all crazy with costumes and a haunted house or is it the one day all year where you dress casual and just BBQ with your family?

It is traditionally our biggest show of the year and nearly always at home. We are more than not, playing on that day somewhere. I can remember I think my daughter Mea was 5. I was off that we were at my Mom’s house. We trick or treated for a bit, she was a Princess. After that I dressed in a robe and one of my Mushroomhead Pumpkin masks. I sat behind her as she passed out candy to kids. When I moved and they jumped, she would say; “Oh haha, that’s just my dad”!

Thank you for answering these questions. Any last words?

Push those Promoters to get us back over there!
Peace
JN